Presley (bottom) with The Troggs 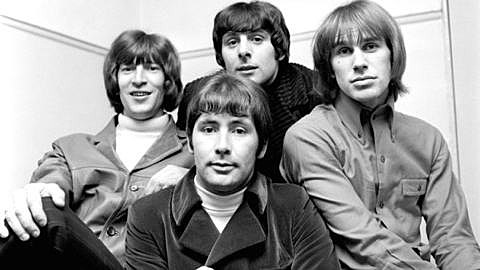 Reg Presley, lead singer of The Troggs, lost his battle with lung cancer over the weekend reports news agency WENN. He was 71. Though best known for garage rock touchstone "Wild Thing," The Troggs were expert pop craftsmen with a long list of great songs like "With a Girl Like You," "I Can't Control Myself" and "Love is All Around" to name three. The latter is the title track of their 1968 album which is a bonafide classic.

The Troggs were a big influence on '80s college rock bands, and in 1992, the band made a comeback with Athens Andover with help from R.E.M. and The dB's. It's a great record too. We'll miss you, Reg. Rest in peace.

A few Troggs promotional clips are below.

The Troggs - "I Can't Control Myself"

The Troggs - "Love is All Around Me"