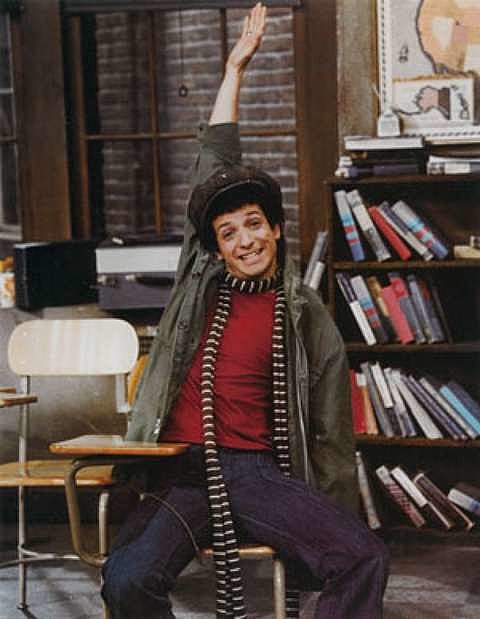 Actor Ron Palillo, who played Arnold Horshack on the 1970s television series "Welcome Back, Kotter," died Tuesday at his home in Palm Beach Gardens, Fla. He was 63.

Jacqueline Stander, an agent for Palillo, told NBC News that the actor had a heart attack and passed away in his sleep.

Palillo starred as Horshack, the goofball of the high school group known as the Sweathogs on the hit series. The show aired from 1975-79 and featured a young John Travolta as Vinny Barbarino. - [NBC]

A couple Horshack-related video clips are below.