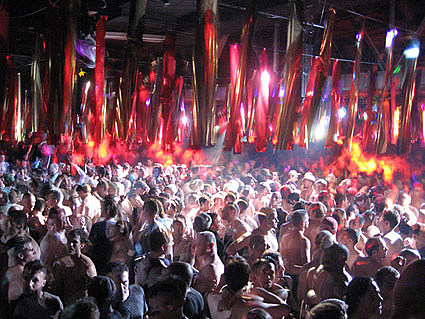 "'All good things must come to an end, but for the people involved, it seems almost like a dream. 'I'm surprised that it's lasted this long,' says Rauhofer. "It's sad to see another club go—this club with such a history. You know how it is in New York. Things come and go. Roxy, for what it was, lasted way longer than any other place. Once it's gone, people are going to value it way more.'" [Village Voice]

"In the 70's, Vinylmania stores lined Carmine Street in the West Village." [NY1]

"Named from the building’s original tenant, Colonel Francis Messmore, Studio Mezmor occupies the space that once belonged to Crobar. But despite new owners and slight renovations, not much has changed." [clubplanet]