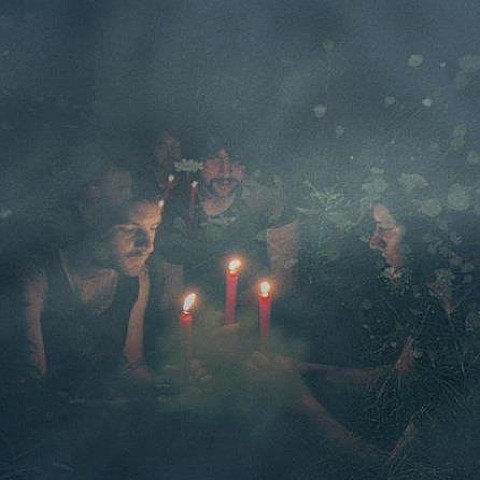 Toronto indie rock four-piece Rituals, who fellow Toronto band Greys are fans of, released their newest EP, Mesmerized, earlier this year. It's a solid 7-song collection with hints of post-punk and shoegaze, and they've just made a video for one of its standout tracks, "Our Blood," which makes its premiere in this post. Check it out, along with a stream of the entire EP, below.

Rituals will be heading to NYC this week for two shows with another Toronto band, Dusted, the new-ish project of Holy Fuck's Brian Borcherdt. Those shows happen on August 29 at Shea Stadium with Steel Phantoms and Lurve and August 30 at Cake Shop with LOUD Brooklyn rockers Bambara (for whom the show is an LP release) and Rarechild. Rituals' only other date at the moment is a hometown show in September with Austra.

You can also catch Bambara on Tuesday (8/27) at 285 Kent with Baby Birds Don't Drink Milk, Guerilla Toss, and Advaeta. Tickets for that show are on sale now.

All upcoming Rituals dates are listed, along with the new video and song streams, below...

Dusted - "(Into the) Atmosphere"