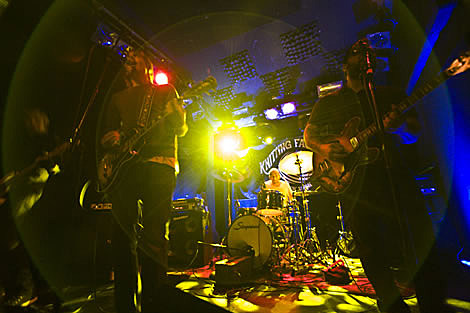 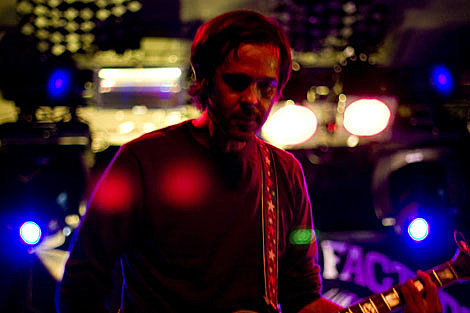 After running up and down the stairs of the Knitting Factory to run an errand for the band, I ran backstage and caught a huddled Rival Schools preparing for their set. Whispering back and forth for a moment, the four of them ran up the stairs and hit the stage.... to be greeted by cheers & applause. Definitely a moment that I won't soon forget. I quickly headed upstairs to the balcony in time to catch the band tear into the day's, and United By Fate's, opener "Travel By Telephone". Over the next half hour or so, Rival Schools graced the BrooklynVegan day (now night.. we were a little behind) show with the first six tracks of United By Fate (closing with "Used For Glue") (video below), a cover of The Smiths' "How Soon Is Now?" (made famous during Walter Schreifels' stint in Quicksand), as well as revealing a few new arrows in their quiver ("Big Waves"). All in all, it was what you would expect to see from a Rival Schools show... the Schreifels pogo, Sammy Siegler bouncing up and down on his stool like it was spring-loaded, well-executed start-stop dynamics, and a good-time-by-all.

My only complaint was the mix... I was able to catch the band at Rebel a few days prior (with Trail of Dead and Margot & The Nuclear So & So's), and what I enjoyed the most about that set was how well it highlighted Ian Love's effects-heavy guitar flourishes, something that was lost in the outward mix at the Knitting Factory.

As Walter kindly pointed out on stage, you can check an interview with the band right HERE (part one anyway). Try and catch them in Novemeber at Mercury Lounge and Maxwell's if you can, but if not (both shows are sold out), Walter promised they'd be back much more including with a new album. More pictures, including one of the setlist, and a video from Knitting Factory below... 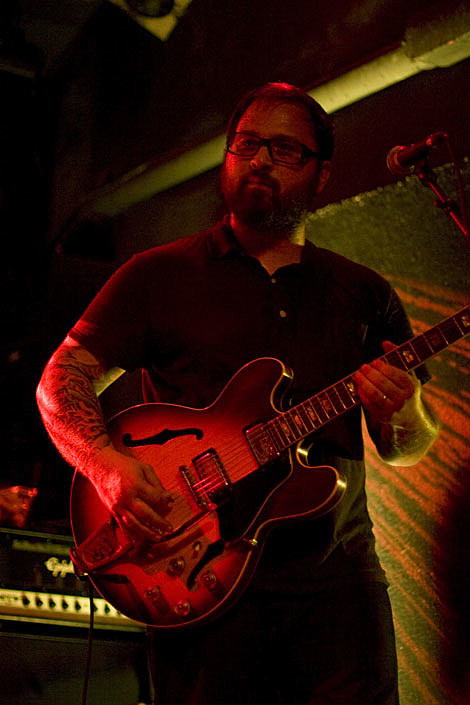 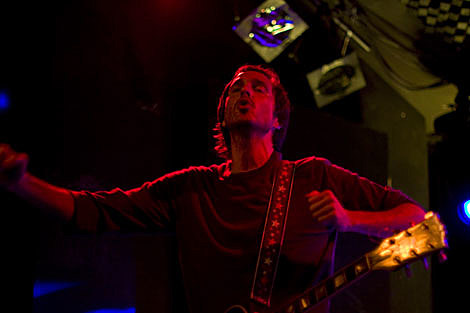 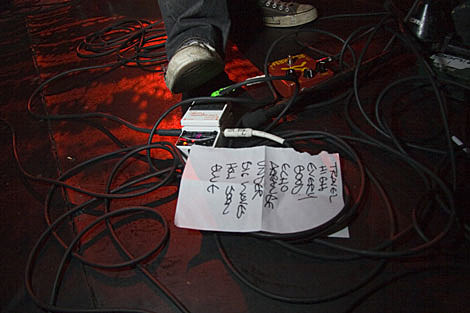 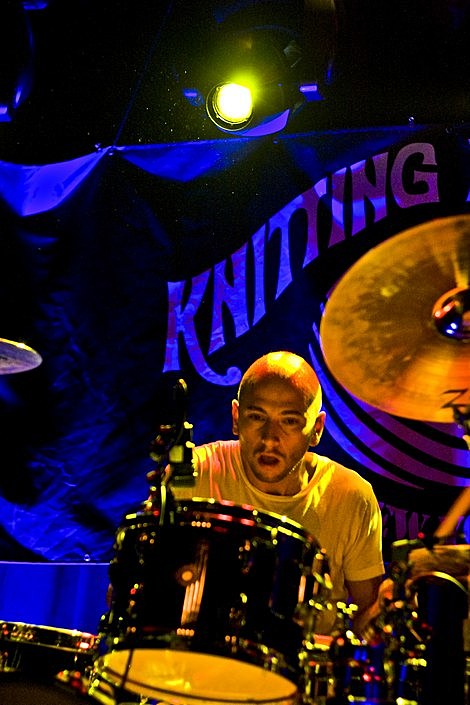 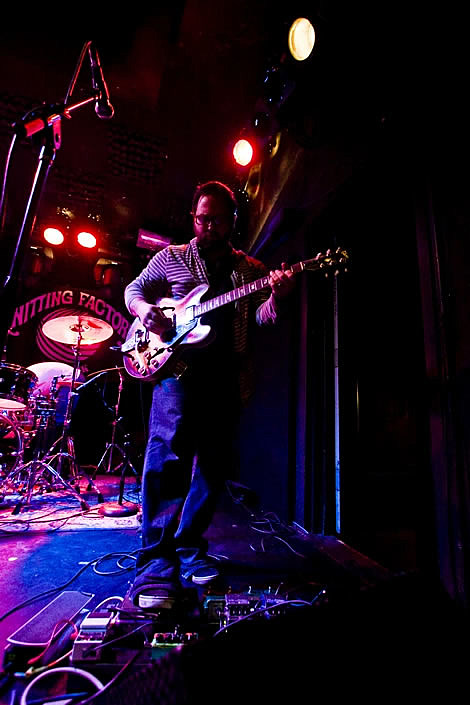 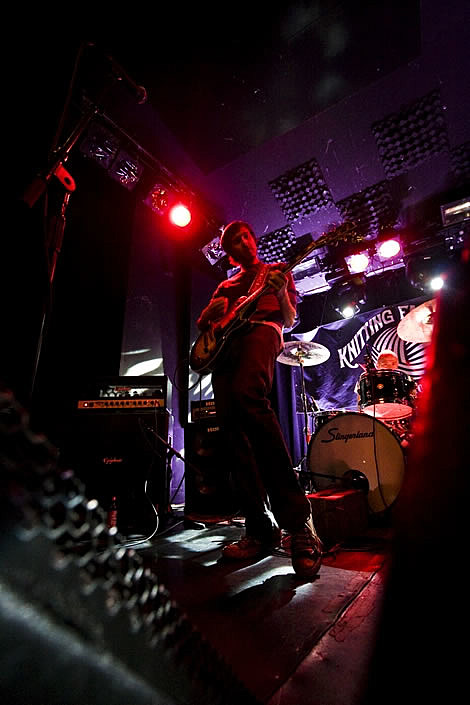 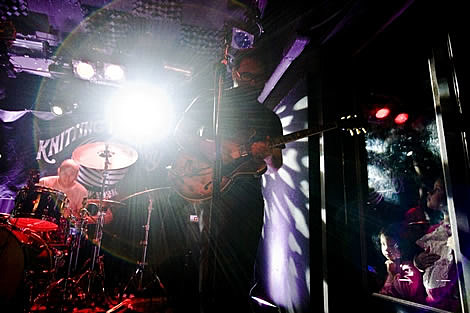 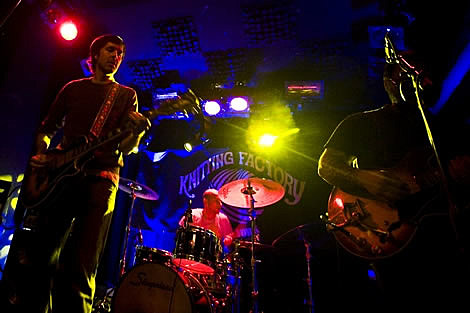 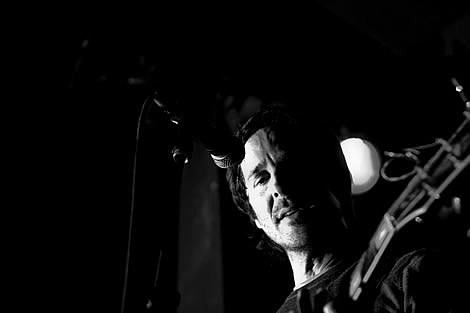 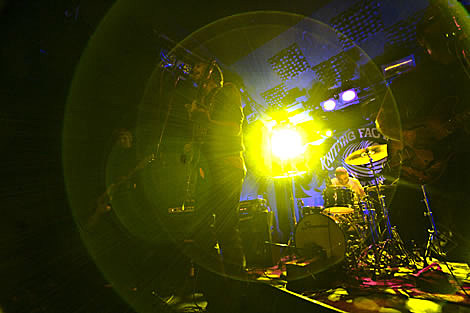 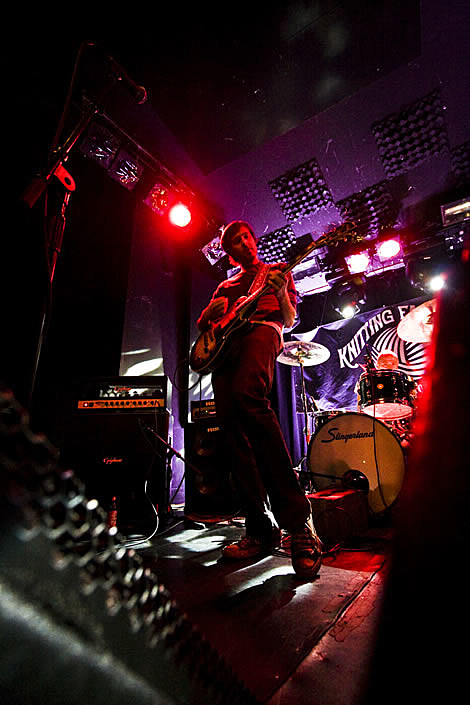 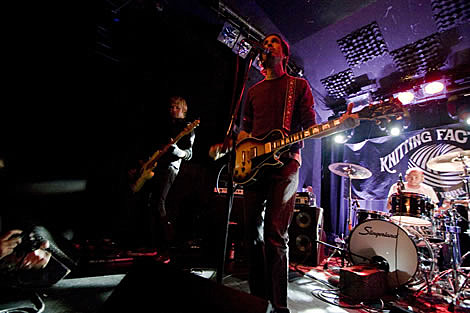 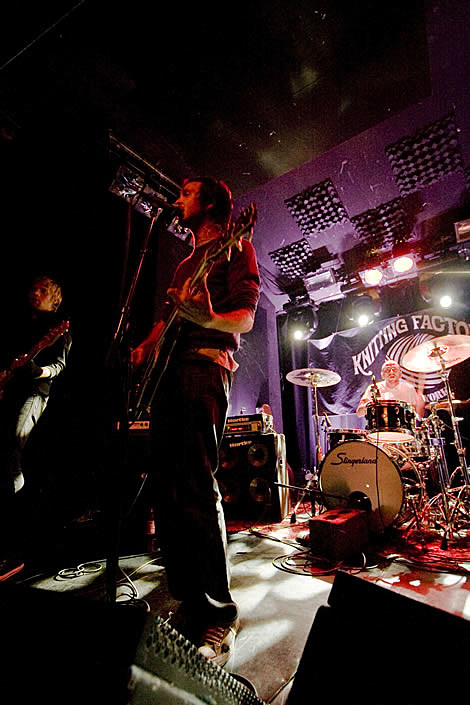 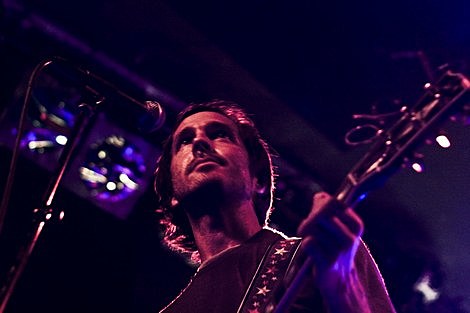