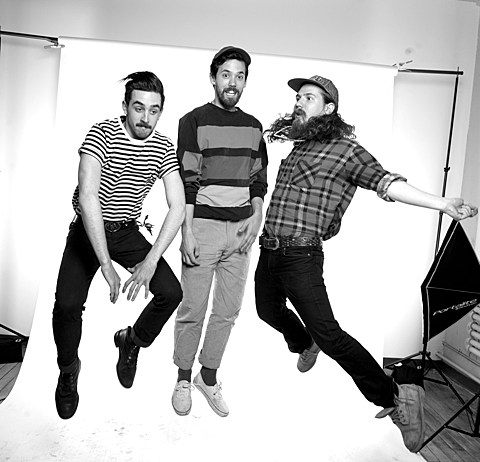 Porches have been regulars on the NYC live show scene lately, as has their bassist Greta Kline, better known as Frankie Cosmos. The band's guitarist, Kevin Farrant, has now begun getting his own project Rivergazer out there too. Rivergazer recently played new-ish Brooklyn venue Palisades and have more shows coming up, including one on August 21 at Shea Stadium with garage rockers Flagland, pop noisemakers Sharpless, and bedroom singer/songwriter Small Wonder. All Rivergazer dates are listed below.

That Shea show is the release show for Rivergazer's debut album, Random Nostalgia, which comes out on August 12 via Father/Daughter Records. They just put out a new single from that record, "Whimper," where the "London-born, New York-bred" songwriter makes some keen observations about his current hometown: "Everyone is pretty in New York City." You can stream that track below.