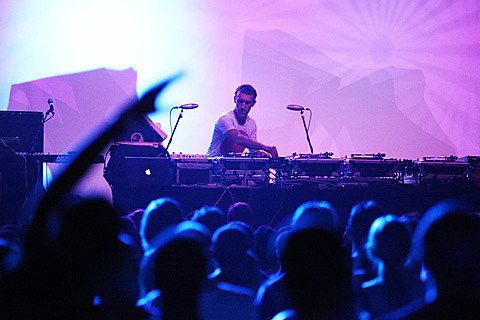 Instrumental hip hop producer RJD2 has a few upcoming shows scheduled, one of which happens in NYC on New Year's Eve (12/31) at Gramercy Theatre. Tickets for that show are not on sale yet but check livenation for updates.

The show comes two days after RJD2 plays a Philly show (12/29) with Balam Acab. No word on whether or not Balam Acab will play the Gramercy show but he's also got an upcoming show in NYC that same month, happening December 1 at Glasslands with Beacon and Rimar. Tickets for that show are still available.

A list of all RJD2 dates and a video below.