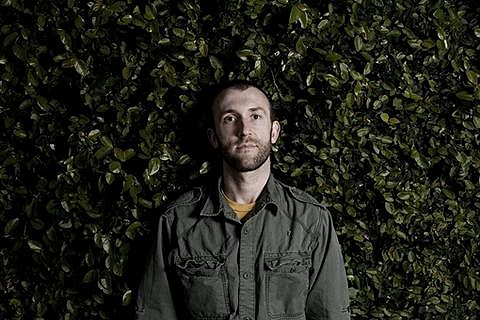 Instrumental hip hop producer RJD2, who has a handful of solo material along with a number of collaborations with rappers in the Def Jux/Rhymesayers realm (among other things), will be celebrating New Year's Eve in NYC with a show at Gramercy Theater (12/31) with Com Truise and Chrome Sparks (DJ). Tickets for that show are still available and we also have two pairs to giveaway. Details on how to win are below.

In more year-end celebrations for RJD2, we spoke to him about his top ten things of 2012. Only four of them are albums and only three of those albums came out this year, but it's a pretty awesome list and you can check out the entire thing below.

Sauteed/wilted spinach: I have been putting sauteed spinach on damn near everything this year. Sandwiches, pizza, eggs, fish-you name it. A little olive oil and fresh black pepper in a cast iron skillet, maybe 2 minutes stirring VERY frequently-bam!

Todd Terje - It's The Arps: The idea of someone restricting themselves to JUST the classic ARP 2600 synth was intriguing enough for me to listen to (I had explored a similar idea on The Insane Warrior album); fortunately the outcome is great. Great melodic sensibility, and cool grooves make this one of my favorites of the year.

Reddit: I'm a late adopter, but it's now on my shortlist of sites I check. At times enlightening, enraging, boring, or revolting (depending on the content), I think it's almost as useful as Huffington Post for staying informed on our culture.

Driving the streets of Philadelphia: After more than 10 years of living here, I now feel pretty comfortable behind the wheel. Its common for out-of-towners visiting to comment on their sheer terror of driving here. In many ways, its utter lawlessness-you get to know what places some crazy shit has an 80% chance of occurring, where you will NOT get a moving violation (almost anywhere), and what rules you SHOULD break in certain places to increase your safety (Girard Ave west of Brewerytown anyone?). Then, driving becomes very fun, especially in a fun car.

Over easy eggs: its actually pretty hard to get the texture JUST right on an over easy egg; the yolk should be just runny enough, but the white needs consistency. If you do it right, put it on your favorite sandwich. When you slice through the middle of it, the yolk will run, and it moisturizes and luxuries the whole shebang AWWW FUCK ME I GOTTA GO DO THIS RIGHT NOW-

Bob Marley - Natty Dread: I know I know, this record is old, but I realized recently through multiple repeated listens that I think this is his Illmatic. Its so damn solid from top to bottom. This record is close to Kind of Blue for me, in that I can almost listen to it at any time, and it hasn't gotten boring yet.

Kendick Lamar - Good Kid, MAAD city: This is probably my favorite rap album of the year so far. the production is awesome, there's only one track that is so-so (don't really need the Mary J tune), the writing is brilliant, and the mixing and mastering sounds like, well, as if Dr. Dre were overseeing it or something. It's not often that an MC makes an album that is topical, smart, funny, and engaging without feeling like he's lecturing you-this is exactly that. Oh, and that "Swimming Pools" beat makes me want to quit making beats forever.

The Cabin In the Woods: I'm a big sci-fi and horror movie fan, and this was a great melding of the two for me. Cleverly written with a great ending, it was a refreshing approach for the contour of a film.

Frank Ocean - Channel Orange: It took me a while to warm to this album, mores than the "Nostalgia Ultra" mixture which i considered an instant classic, but after finding it on vinyl finally, I really got into it. The sound of it gives me a bit more of a colder feeling, and more it sounds more polished, but once I got over that I realized there are some great songs, and he's got an incredible voice. I'd love to be producing for his next album!

--
For a chance at winning tickets to RJD2 at Gramercy Theatre: either tweet something that includes both @BrooklynVegan AND "RJD2" in the tweet, or send an email to BVCONTESTS@HOTMAIL.COM with the subject line "RJD2". Include your first and last name in the email. We'll pick a winner at random and contact them with more details. If you enter by email, it will not be shared with anyone else. Good luck!