The cover for the classic Winter LP, Into Darkness 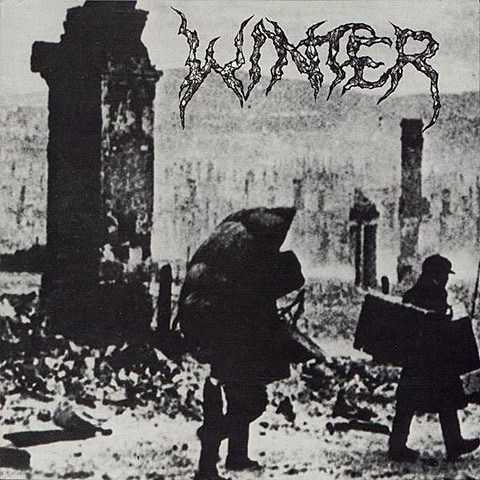 It's official, you will see me at Roadburn 2011. The European festival announced today that the sunn o))) curated day at Roadburn would feature an appearance for NYC Doom Metal gods WINTER (wow), along with Earth, Scorn, Beaver, Aluk Todolo, Menace Ruine, Hooded Menace, The Secret and Atilla Csihar's Void Ov Voices. For Winter, it'll be their first show back together since their split nineteen years ago (1992). For the unfamiliar:

"Winter were an American doom metal band from New York. Employing vocals reminiscent of death metal, they were acknowledged as creators of some of the heaviest and slowest doom metal ever composed! Hour of Doom demo tape (1989) Into Darkness (1990) Future Shock Records Eternal Frost (1994) (EP) Nuclear Blast Records The album was re-released in 1992 by Nuclear Blast, and again in 1999 (including the EP)"

The announcement is paired with the additions of Today Is The Day and Black Math Horseman to the other days at the festival. Must.

As previously mentioned, NYC band and recent Thrill Jockey signees Liturgy were also recently added to the festival lineup. What we didn't know at the time was that Liturgy are also playing Glasslands on December 9th in addition to their show witu Orphan, Dope Body, and Elks at Acheron on December 3rd. All dates below..

Roadburn flyer and current lineup below too... 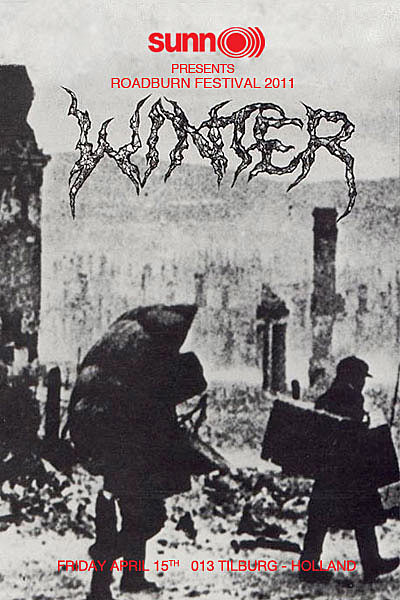