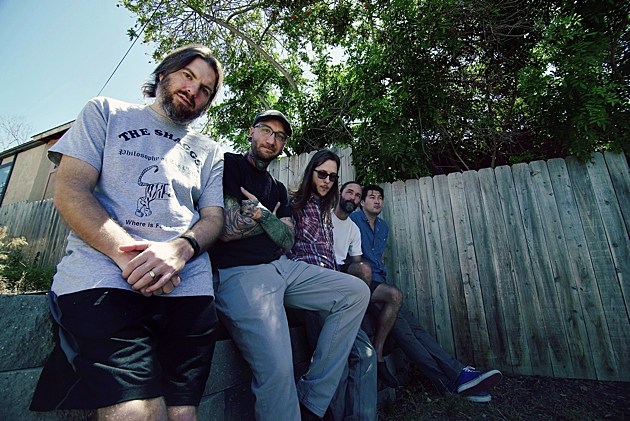 Last year, Rob Crow said he was quitting music, putting Pinback on indefinite hiatus, but then he surprisingly quickly returned with a new project called Rob Crow's Gloomy Place, which will release its debut album You're Doomed. Be Nice. next week (3/4) via Temporary Residence Ltd. If you were bummed to learn that Pinback is gone, this album should cheer you up. It basically picks up right where Pinback left off and Rob sounds spirited throughout the whole record. It's indie rock in the truest sense, but there's hints of metal, synthesizers, math rock guitars, and more popping up that keep things unpredictable. Listen to a full stream below (via Stereogum).

Rob is touring in support of the record, and hitting NYC on March 10 at Knitting Factory with Palm and Heliotropes. Tickets for that show are still available.