"If you didn't already know, yes I got to see @robdelaney this weekend and of course I unnecessarily touched him" - Jackie Austin 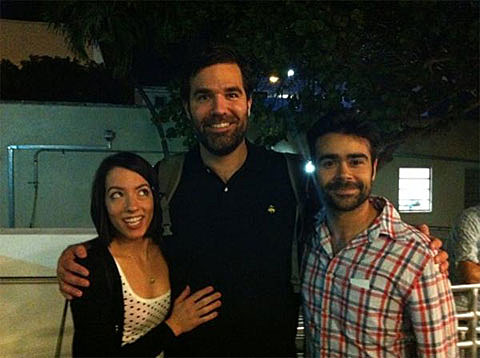 Rob Delaney is blowing. the. fuck. up. He has two shows at Bowery on May 11th (early and late); both sold out. He has two shows on May 12th at MHOW. An early show (sold out) and a late show which goes on sale Friday March 9th at noon (which I can say with complete confidence will sell out quickly as well).

I've seen Rob's stand-up many times over the years, but his popularity seems to have hit puberty and gotten very well-endowed almost overnight. His name is now synonymous with Twitter, and though I am super fucking stoked for his success, I am uncomfortable with the fact that owes much of his success to something as stupid as Twitter. I am so glad his NYC shows are selling out so fast, because people really should see the man behind the tweets. But don't think he'll be up there spitting out 140 character one-liners people. The guy's a phenomenal stand up. Yo gone luv it. Dude rulz. Check out a NSFW photo of him below. 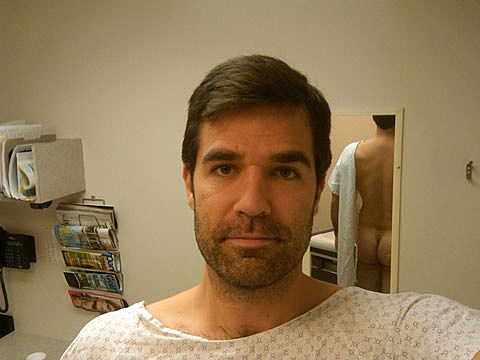