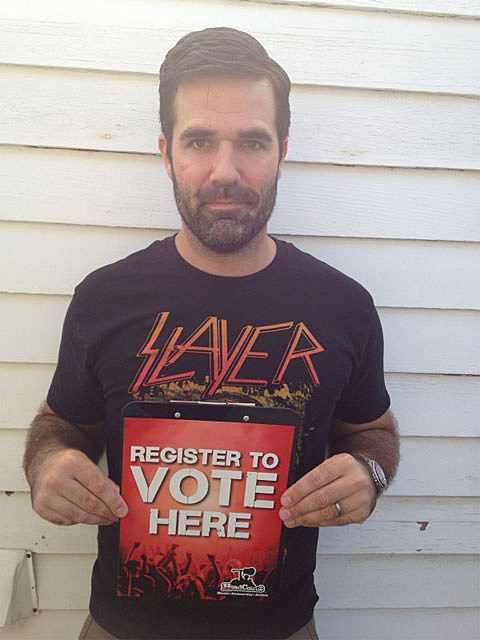 The NY Comedy Festival is underway, and includes a show by Slayer and voting fan Rob Delaney at NYU on Saturday (11/10). It now also includes a 2nd Rob Delaney show on the same day in the same venue but later. 100% of proceeds go to Sandy Relief. On Sale now.

Before this show was added, Rob also posted this letter about the early show:

On Saturday I'm doing a show at NYU's Skirball Center. It's sold out, but if you are attending, may I ask you to please bring your checkbook and be prepared to write a check to The American Red Cross in Greater New York? I will be donating 100% of the money I'm making from the show, so if you bring a check too it will be like we're in a cozy little club together. Just give me or one of my volunteers your check after the show and then I'll bring it to the Red Cross in my leather helicopter.

If you aren't going to the show, but would like to donate, you can do so online here: