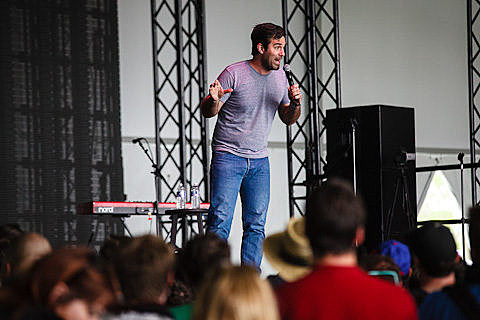 Rob Delaney may not yet have the name recognition of comedians like Louis C. K., Aziz Ansari or Jim Gaffigan. But with the help of his large and loyal Internet following, he is hoping he can take a page from his accomplished industry colleagues, and start creating material for and selling it directly online.

On Sept. 4, Mr. Delaney will release an original standup comedy special, "Live at the Bowery Ballroom," which will be available at his Web site, robdelaney.com, and sold as a $5 download.

Rob played multiple NYC shows, including Bowery Ballroom, in May. His upcoming dates include a November 10th NY Comedy Fest show at the NYU Skirball Center for the Performing Arts. All of his dates are listed below...