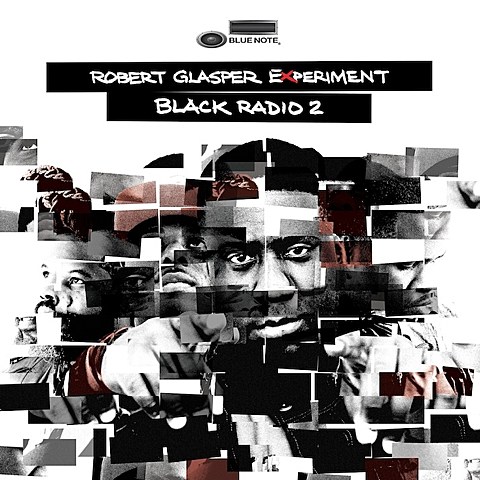 Jazz/hip hop pianist Robert Glasper is set to release the followup to his excellent 2012 album, Black Radio with a sequel, Black Radio 2, on October 29 via Blue Note. Like its predecessor, the new album has an all-star cast of guests including Common, Marsha Ambrosius, Jill Scott, Brandy, Snoop Dogg, Lupe Fiasco, Emeli Sande, Norah Jones, Faith Evans, Bilal, Jean Grae, Macy Gray, and more. Its lead single is the track "Calls," which features the cooing neo-soul vocals of Jill Scott. That can be streamed, along with the album tracklist, below. That's the artwork above.

UPDATE: Robert released another single from the album, "I Stand Alone," which features Common and Patrick Stump. That can also be streamed (via Rolling Stone) below.

In celebration of the new album, Robert and two of its guests, Common and Marsha Ambrosius, will be doing some shows around the time of its release. One of those happens in NYC the day the record comes out at Best Buy Theater (10/29). Tickets for that show go on sale Friday (9/27) at noon.

Robert is also making some festival appearances ahead of the album's release, including Austin City Limits on October 5 and NJ's New Brunswick Jazz Festival on October 6. Tickets for the jazz festival are on sale now.

All dates are listed, along with the song stream, artwork and tracklist, below...