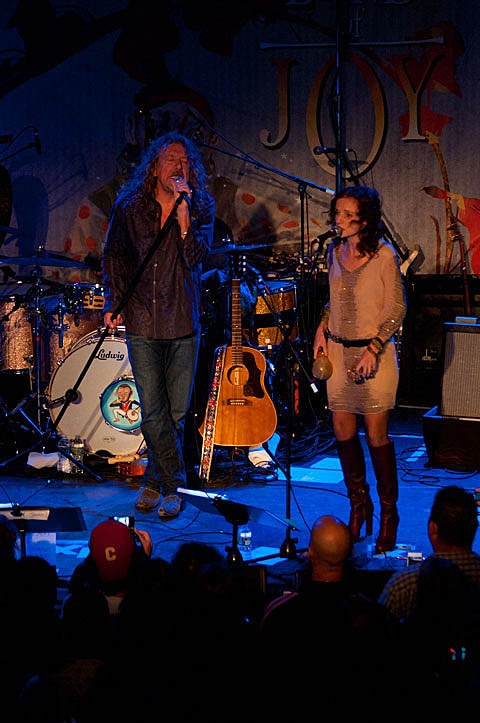 "The doors opened at 7:30 and Robert Plant and the Band of Joy hit the stage just after 9 pm. I stood front row, center stage (my usual spot), but tonight this spot was extra magical. I was inches from where Robert Plant's lyric book was and for the entire show, I was less than 2 feet away from him. During the concert, my brain would suddenly shout out - "you are close enough to reach out and touch the lead singer of Led Zeppelin, a band whose music has shaped your life." Needless to say, I broke into tears many times during the night." [According to G]

While many were watching a mildly-amusing and vodka-soaked host introduce a woman in a meatsuit, Robert Plant and fans squeezed their way into Bowery Ballroom last night (9/12) for a rare appearance at the venue in preparation for Band of Joy, the legendary frontman's latest solo LP (he spent the last few years dabbling in country rhythms with Alison Krauss). Band of Joy is not just Robert Plant's latest post-Zep LP/moniker, but a calling card to his olden days with Bonzo; before joining Jimmy Page & John Paul Jones in Led Zeppelin, Plant and John Bonham served in a psychedelic folk band called Band of Joy.

"The Band of Joy played songs from their self-titled album, 2 of my favorite tracks off "Raising Sand," Plant's Grammy winning album with Alison Krauss, ("Please Read the Letter" and "Rich Woman,") and they also reinterpreted 4 Led Zeppelin songs ("Misty Mountain Hop," "Houses of the Holy," "Gallows Pole," and "Rock and Roll.")" [According to G]

The whole setlist, with more pictures and some videos (including two of the reworked Zep classics), below... 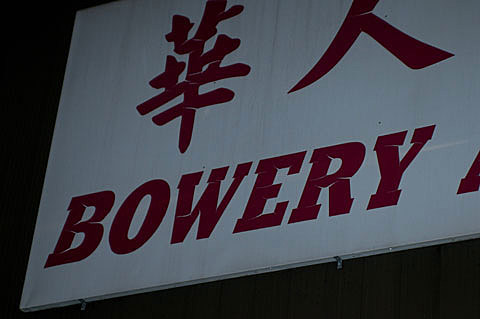 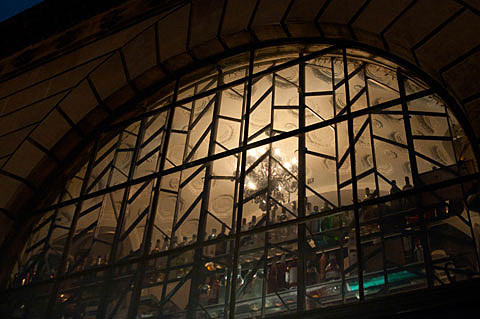 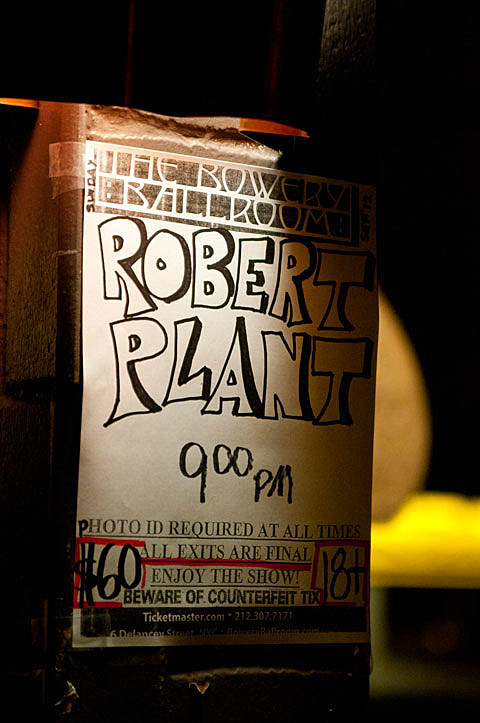 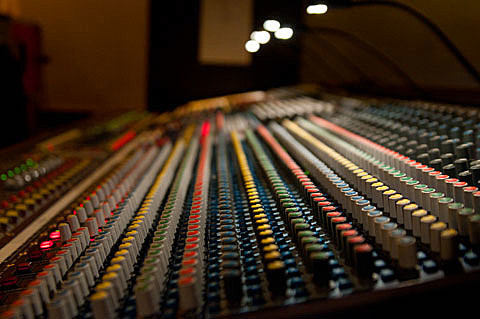 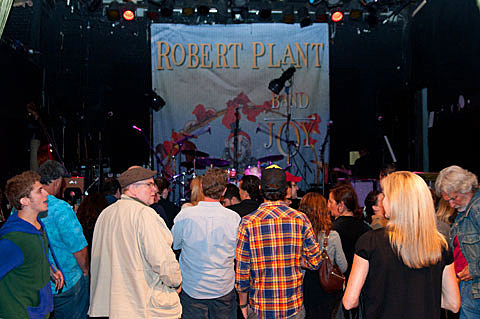 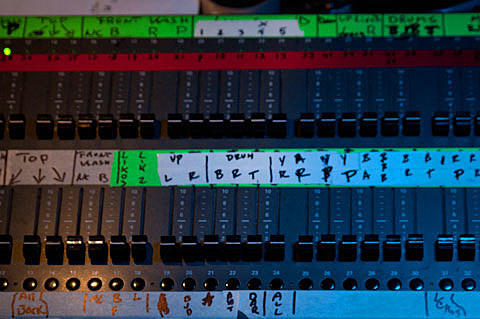 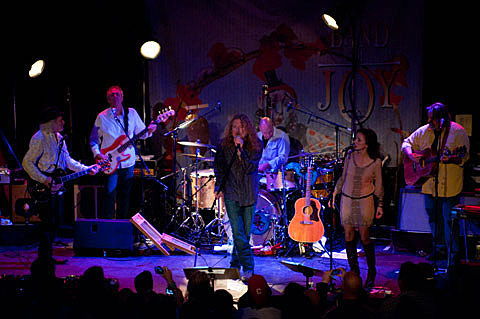 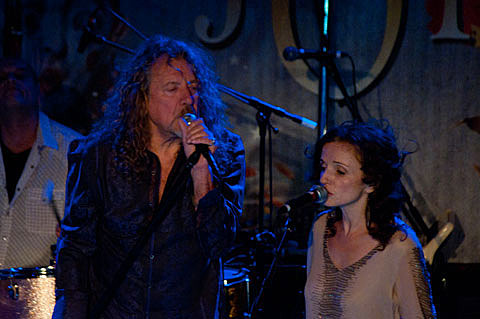 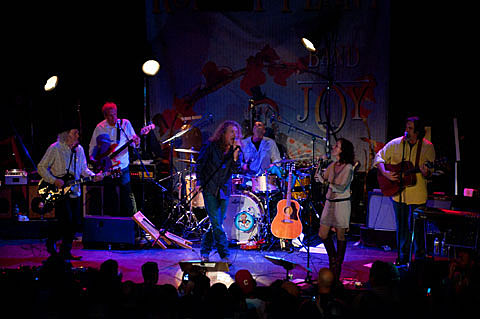 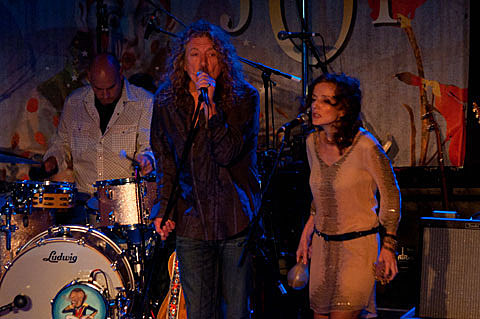 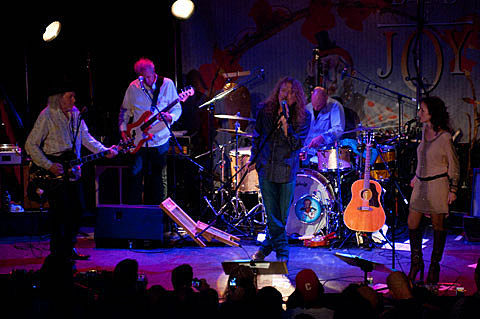 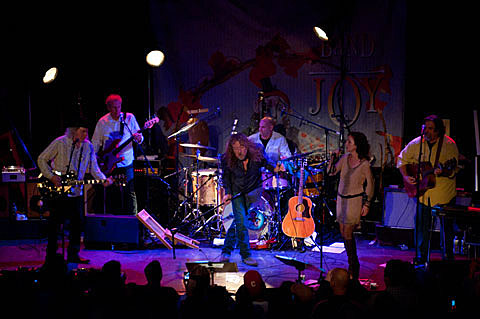 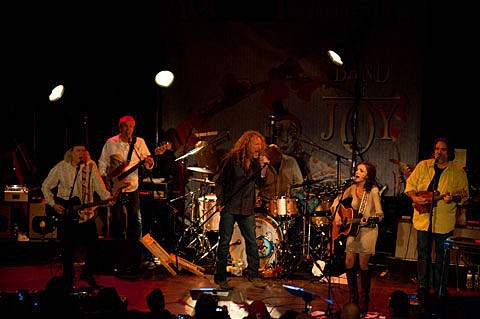