Robert Plant throws his hood up 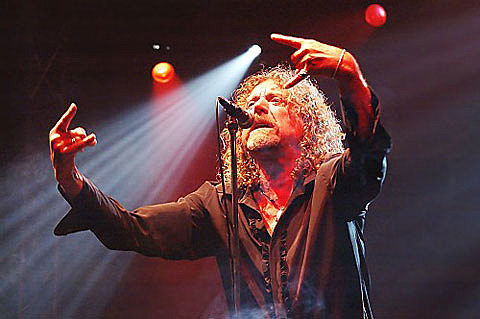 "Burlington, MA - Rounder Records is pleased to announce that Robert Plant is back with Band of Joy, his first album since 2007's six time Grammy® Award winning Raising Sand (Rounder). Band of Joy was recorded in Nashville with a stellar cast of musicians and will be released on September 14.

A timeless plunge into authentic Americana, the album was co-produced by Plant and Nashville legend and guitarist Buddy Miller. "Buddy's integral to this album, you can hear his taste all over the instrumentation," enthuses Plant. "Buddy's zone is beautiful, with a lot of reflections going back into mid-Fifties rockabilly, the singing fishermen and all the great country stuff, along with the soul and R&B from Memphis."

As well as Miller, the Band of Joy is made up of multi-instrumentalist Darrell Scott, who provides the mandolin, guitar, accordion, pedal, lap steel and banjo lines, country singer-songwriter Patty Griffin who adds the main vocal foils to Plant's lead parts, while Byron House plays bass and percussion comes from Marco Giovino."

Robert Plant will celebrate the release of that new album by playing a special show AT BOWERY BALLROOM in NYC on September 12th. Limited tickets will go on sale via Ticketmaster on Saturday at noon.

More North American dates to be announced, but for now there are a set of European ones. They are listed, with more album info, below... 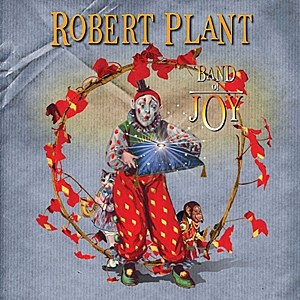 MORE ABOUT THE ALBUM

Band of Joy features intriguing new interpretations of songs from a wide range of sources. Opening with a throbbing rendition of Los Lobos's 'Angel Dance', the album encompasses the glittering drone-rock of Low's 'Silver Rider' and 'Monkey', the Fifties-style country-gospel harmonies which transform The Kelly Brothers' Sixties soul classic 'Falling In Love Again', the desolate banjo-driven interpretation of 'Satan, Your Kingdom Must Come Down', the transplanted English/Appalachian folk ballad 'Cindy I'll Marry You Some Day', and jangling blues imagery of 'Central Two-O-Nine'.

Plant's most eclectic work so far, in a career that has constantly embraced the unexpected, it's an album which takes in continents of influence and oceans of emotional depth. Plant seems to have an unquenchable thirst for music that moves him - whether it is to be found in Northern Africa or deepest Appalachia - Band of Joy takes us to all these places and more.

Robert Plant and the Band of Joy will be touring the U.S. in July in support of Band of Joy, with more dates to be announced.

So far he has these: