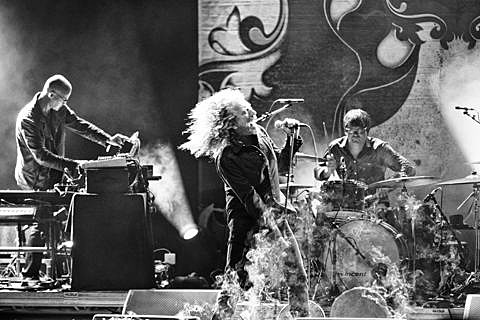 Just yesterday we were talking about the upcoming Led Zeppelin reissues, and now Robert Plant has announced a North American tour with his band the Sensational Space Shifters. The tour kicks off just outside of NYC at Port Chester's Capitol Theater on September 25 and then comes here for shows on September 27 & 28 at BAM. Cap tickets go on sale Friday, August 15 at noon and BAM tickets are on sale now. Citi cardmembers can purchase tickets to any tour date via www.citiprivatepass.com/ starting August 12, and those all come with a copy of Plant's new record. All dates are listed below.

The new record, titled lullaby and... The Ceaseless Roar, comes out September 9 via Nonesuch/Warner Bros. The band just premiered a live video for that album's track, "Rainbow," over at Rolling Stone. You can check that out, with the list of dates, below...