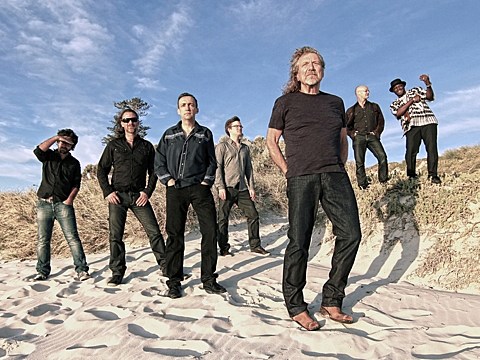 While Led Zeppelin's appearances last year were limited to press conferences and late-night TV interviews, Robert Plant will be going on a tour this year with his new band, The Sensational Space Shifters. That tour kicks off this June in Texas, and after making its way over to the West Coast and back, it culminates in a Celebrate Brooklyn! show at Prospect Park on July 27. Tickets for that show go on sale Friday (4/26) at noon with an AmEx and a BRIC presale starting Thursday (4/25) at noon.

All tour dates are listed, along with the tour trailer and a live video of the band from 2012, below...