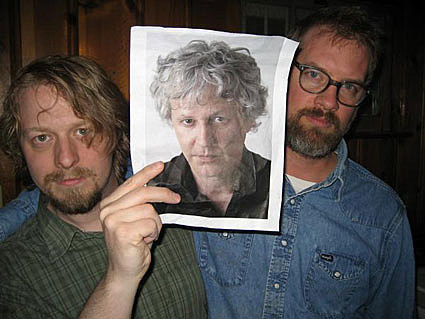 The last time Robert Pollard played a gig in NYC it was at the Bowery Ballroom on 11/13/2006. Partly because of a lack of funds and mostly because of sheer stupidity on my part, I missed that gig. Since then, Bob has been busy as hell releasing records, starting his own label (GBV Inc.), having a gallery show of his famous collages, getting ready to publish a book and, most recently, preparing to unleash his new band Boston Spaceships onto the scene with a record and a tour. Tickets for a 10/1/2008 Highline Ballroom gig go onsale Friday at noon.

The core members of Boston Spaceships include Pollard, Chris Slusarenko (Takeovers, Guided By Voices, Svelt, Sprinkler) and current Decemberists drummer John Moen (also Jicks, Elliott Smith, Dharma Bums..... more on him in a second). The band will joined by Jason Narducy (Bob Mould) and Tommy Keene for the tour. Their debut record Brown Submarine comes out on 9/9/2008 on GBV Inc.

Though you'll notice some subtle prog flourishes and acoustic strums, Brown Submarine is a pop punk album, made by and for kids who've worn out the grooves on their Cheap Trick, Alice Cooper, Wire and dBs records. While Pollard has stretched out post-GBV , experimenting on each of his diverse and unique solo records, Boston Spaceships rock hard, have fun and drink Miller Lite.

Drummer John Moen also fronts a band called Perhapst. Perhapst has a self-titled record out now which Moen plays most of the instruments on. Plus, on a couple of tracks he is joined by Stephen Malkmus - not singing though, just bass and guitar. For shows:

Perhapst don't have any upcoming dates. Neither do the Decemberists, but Boston Spaceships have a bunch. All of them, and the Brown Submarine tracklisting, below..... 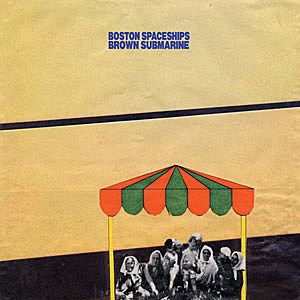