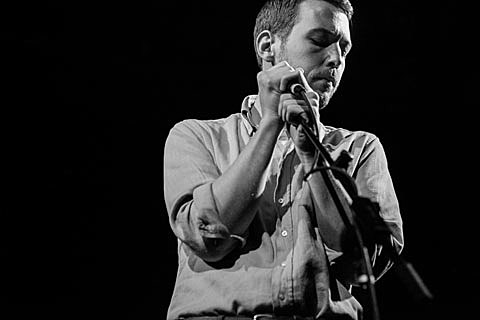 It's been way too long since we've heard from Fleet Foxes, who haven't put out an album since 2011's Helplessness Blues or played live since early 2012. In that time, drummer J. TIllman left and became Father John Misty, and other members started the side project Poor Moon. Only in the past few months have we heard from frontman Robin Pecknold at all, who broke his silence to cover Pearl Jam on Fallon and then to cover Gene Clark on a short tribute tour with Beach House, Grizzly Bear and Walkmen members. Now, Robin has posted a message to the Fleet Foxes Facebook telling us what he's been up to, and vaguely (but hopefully promisingly) commenting on the future of the band:

For anyone who's curious, this is a short Fleet Foxes update - been a while! So, after the last round of touring, I decided to go back to school. I never got an undergraduate degree, and this felt like the right time to both see what that was about and to try something new after a while in the touring / recording lifestyle. I moved to New York and enrolled at Columbia, and I've mostly been doing that, but I'm working on songs and excited for whatever happens next musically, even if it's down the line. Hope all is well out there.

Fingers crossed it won't be too far down the line! Watch a video of the band's Austin City Limits taping below...