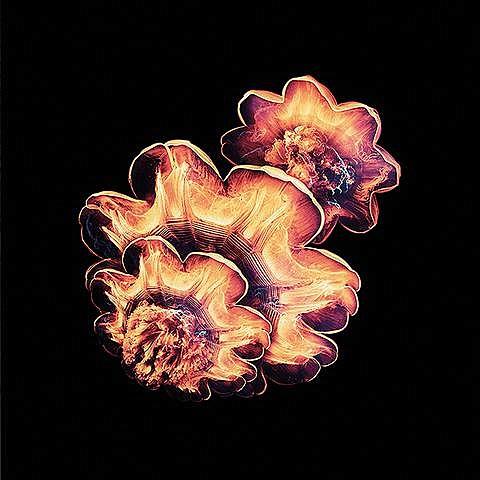 Robots Don't Sleep is the collaborative project between Berlin producer Robert Kotch (of Jahcoozi) and US singer John LaMonica (who Robert worked with on his 2011 album, The Other Side) and they've got a new self-titled EP which will be Robert's fourth overall and first on a major label (Four Music/Sony Music Germany). The EP comes out in Europe on November 30 and then on December 4 in the US. That's the cover art above and the tracklist is below.

Robot's Don't Sleep just made a video for the EP's opening track, "Little White Lies," which makes its premiere here. Watch it below. Robert Koch's production on the track recalls the dark underside of breakbeat, not unlike fellow Berlin producers Modeselektor, and when John LaMonica's bleak vocals come into the mix, we're reminded of the sort of singer/songwriter dance music that we've seen from Matthew Dear and John Talabot's collaborations with Pional.

Video, cover art, and tracklist are below.