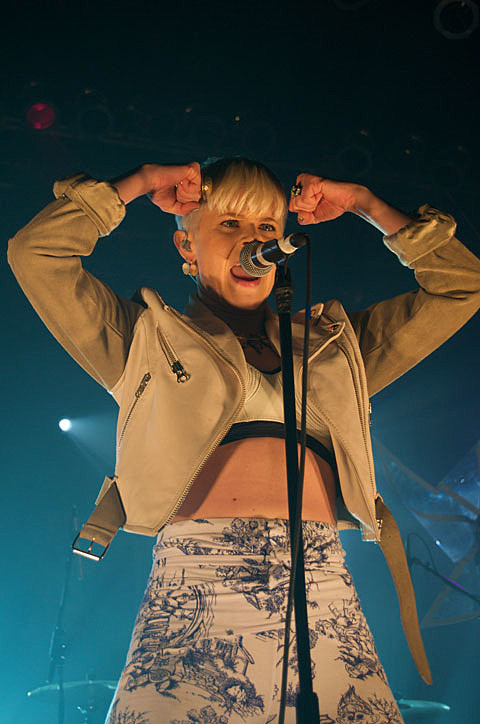 Robyn is having the best year ever... and it took her long enough! Back in 2005 and in 2006 and in 2007 and even in 2008 it seemed like it might never happen (again) for the potential pop star from Sweden. But now, in 2010, it's all happening. Hot on the heels of her sold out show at Terminal 5 that was followed quickly by an appearance on Fallon, it has been announced that Robyn will headline Radio City Music Hall in NYC on Saturday, February 5th, 2011! Tickets go on general sale Friday, November 19th at 10AM. All seats will cost $39.50.

Meanwhile, she is still on her November tour that brings her to the west coast this week, but she never actually made it to Toronto after NYC. According to her own site, it was "postponed due to illness." She did make it to Metro in Chicago one night after that though, and to Minneapolis one night after that (aka last night). Videos from those recent shows below...