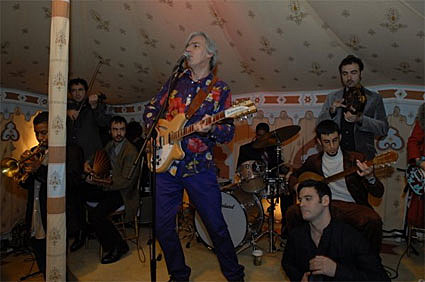 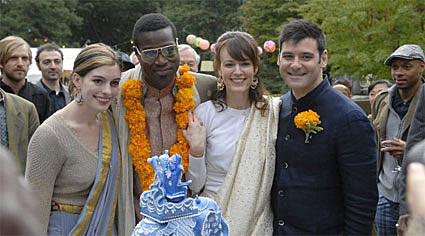 Jonathan Demme's new movie Rachel Getting Married stars Anne Hathaway, Rosemarie DeWitt & Tunde Adebimpe (of TV On The Radio) and features Robyn performing two songs: "America" and one written for the movie, "Up to Our Nex." The film competes at the Venice Film Festival September 3rd, premieres at Toronto September 6th and opens October 3rd in New York. A screening at the London Film Festival will be announced shortly.

Robyn will be doing a short US tour in November, performing I Often Dream Of Trains with Terry Edwards on keyboards, horns, & bass and Captain Tim Keegan on guitar. They will be appearing in NYC at Symphony Space on November 22, which is being filmed by John Edginton for the Sundance Channel and DVD release on YepRoc. More dates will be announced in a couple months.

Tickets for the NYC show are on sale. TV on the Radio is touring this fall too. The Rachel movie trailer, and all Robyn dates, below...

* US version of the "I Often Dream of Trains and Other Phenomena" tour with Terry Edwards on keyboards, horns, bass guitar, vocals and Tim Keegan on guitar, vocals