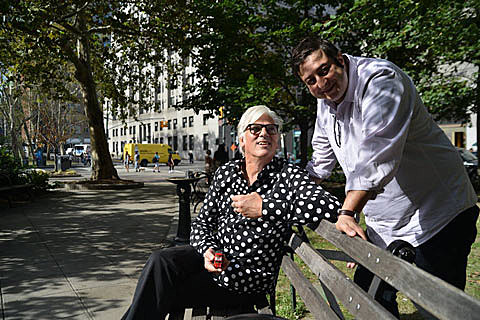 As mentioned, Robyn Hitchcock is playing NYC's City Winery on November 20. There are still a few tickets left for that 7 PM show but Robyn has now added a late show (10 PM) that same night. Tickets for the late show are on sale now.

The November edition of Cabinet of Wonders happens 11/18 at City Winery and is with Advance Base, Tanya Donelly, Jon Glaser, The Barenaked Ladies' Steven Page, Okkervil River's Will Sheff and Bobby Tisdale. Tickets for that show are on sale as well.

All Robyn Hitchcock dates are listed below...