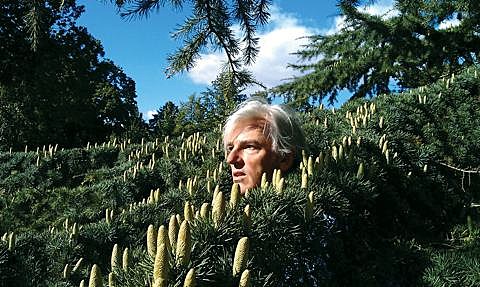 Robyn Hitchcock will release his 19th album, Love from London, on March 5, which is two days after his 60th birthday. It was produced by Paul Noble who also plays bass on the record. You can stream "Be Still" from the new album below and watch a video of it being performed in an Irish pub. Eagle-eyed viewers may recognize Scritti Politti's Green Gartside among the musicians playing with him.

Robyn Hitchcock and the Venus Three (which includes Peter Buck and Young Fresh Fellow Scott McCaughey) will be going on tour this spring and while a full set of dates hasn't been announced yet, they will be playing Webster Hall on April 26 with Peter Buck doing a solo opening set. Tickets for that show go on AmEx presale today at noon with the regular on-sale happening Friday at noon.