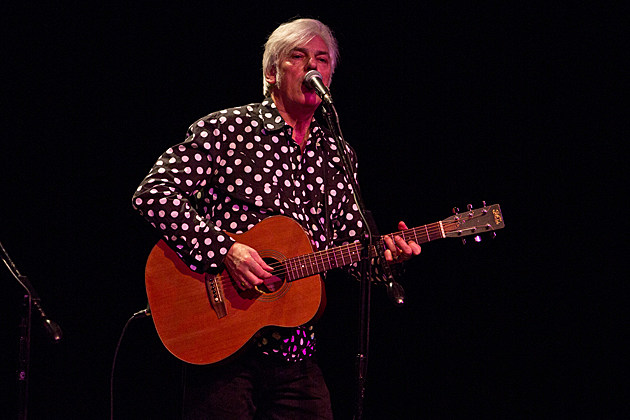 It should be no surprise that Robyn Hitchcock's upcoming April 2 show at Grand Victory sold out quick -- it's a tiny space. He just added a second Grand Victory show the next day (4/3) and tickets are on sale. Both shows are with Emma Swift.

Right before those shows, Robyn Hitchcock will be part of the big David Bowie tribute happening March 31 at Carnegie Hall that also features The Flaming Lips, Debbie Harry, Pixies, Michael Stipe, Cyndi Lauper, Laurie Anderson, Cat Power, The Roots, The Mountain Goats, Tony Visconti's Holy Holy and more. That show, and the Bowie tribute at Radio City, are sold out.

He's added a bunch of other shows since we last posted, including a number of shows he'll be co-headlinging with Eugene Mirman. All dates are listed, along with a Spotify playlist Hitchcock tunes picked by Mirman, below.