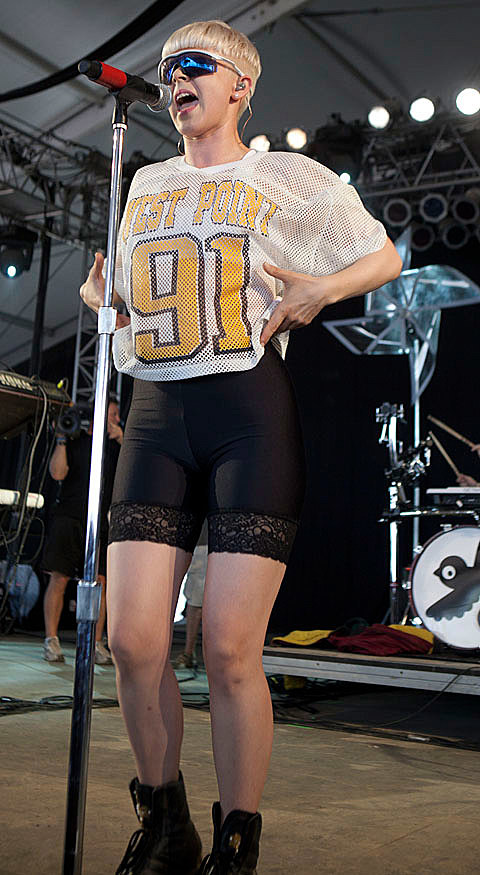 Robyn played Bonnaroo this past weekend, where she spoke to MTV News about her current tourmate... Katy Perry. After initially avoiding the question of whether or not she is a fan of Katy Perry's, she told MTV at Bonnaroo:

"I think that girls are always expected to have opinions about each other, and maybe I don't have an opinion about some things, you know? That doesn't mean I have a bad opinion or a good opinion, it's just that, at that point, I never met her," Robyn said. "I didn't know much about her album that was out, and it was hard for me to have an opinion, and that's all. There's some songs that she's made that I think [are] amazing: the pre-chorus in 'Teenage Dream,' I wish I had wrote that. So, it's all good."

Good that things aren't awkward between them, because they're on tour together now. They'll play Nassau Coliseum on June 17 and Prudential Center in NJ on June 19.

The day after the NJ show, Robyn plays a free show at Terminal 5. No, not that Terminal 5. She's playing the Jet Blue one inside JFK Airport on 6/20. Like Jet Blue shows at JFK Airport in the past, the show will be for contest winners and people who happen to be catching a plane.

And speaking of indie-leaning, major label-signed, future Scandinavian female pop stars that are playing in NYC this week and opening shows for Katy Perry (yuck), Oh Land is playing a Northside Festival show at Brooklyn Bowl on Friday (6/17) with Rye Rye and Deluka. Doors are at 10:30pm, and Oh Land headlines the show at 1am. Tickets are on sale..

Hopefully Oh Land has a chance to rest after the late show, because she's also playing the NYC Pride Rally in Central Park the next day, Saturday, June 18th, 2011, 3:00 - 6:00 PM. Oh Land opens for Katy Perry in California in August, after her tour with Sia that brings her to Webster Hall this summer.

Rye Rye (also on the bill of the Oh Land show at Brooklyn Bowl) just released a new video starring... Robyn! Titled "Never Will Be Mine", the track is basically Rye Rye rapping along with Robyn who is singing her 2005 hit song "Be Mine". Check out that video, along with more pictures from Robyn's set at Bonnaroo, a video of Oh Land playing Craig Ferguson recently, and all tour dates, below...

Rye Rye - Never Will Be Mine ft. Robyn 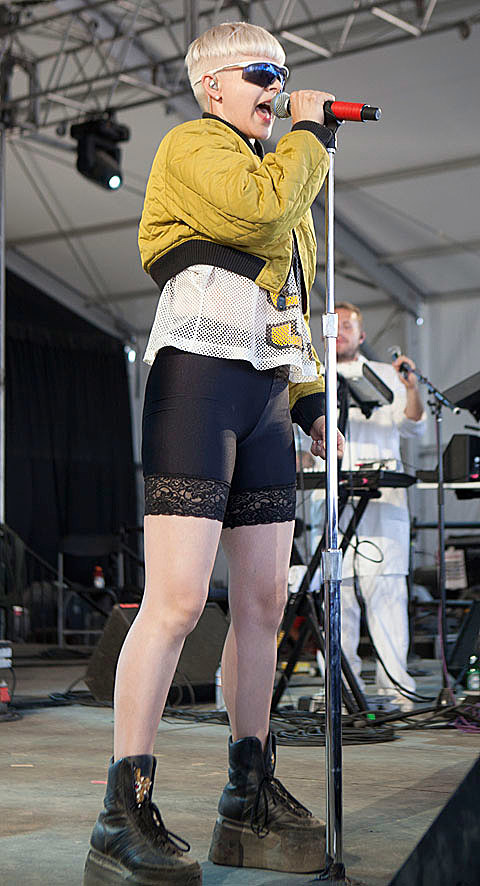 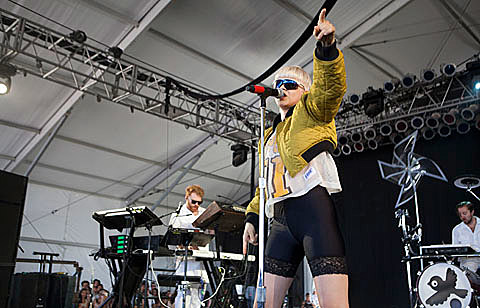 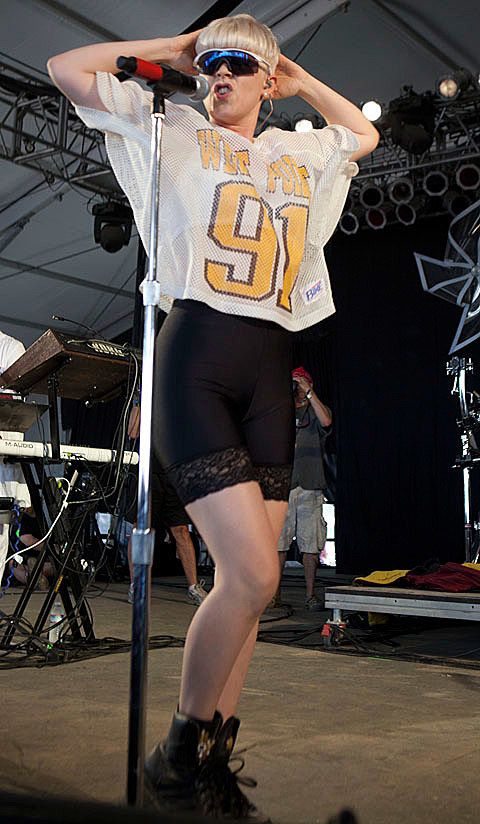 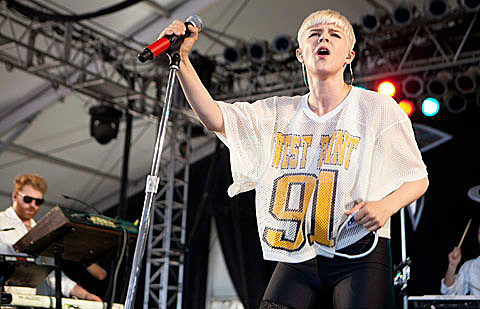 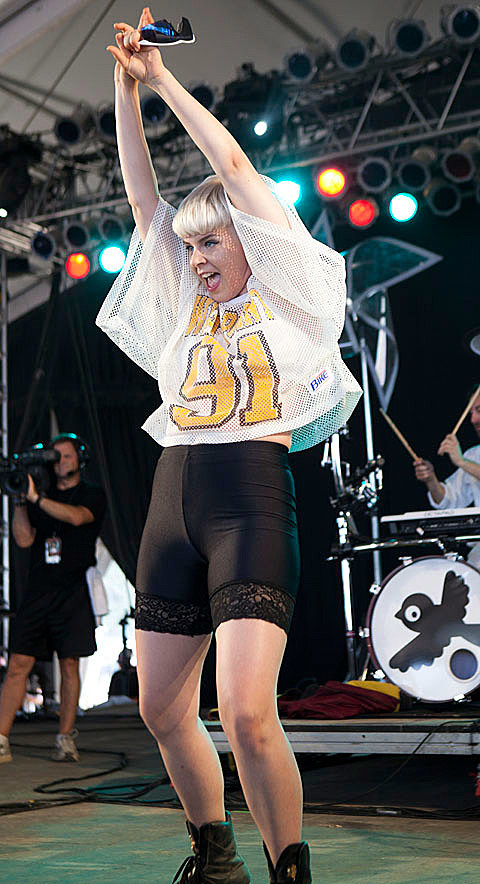 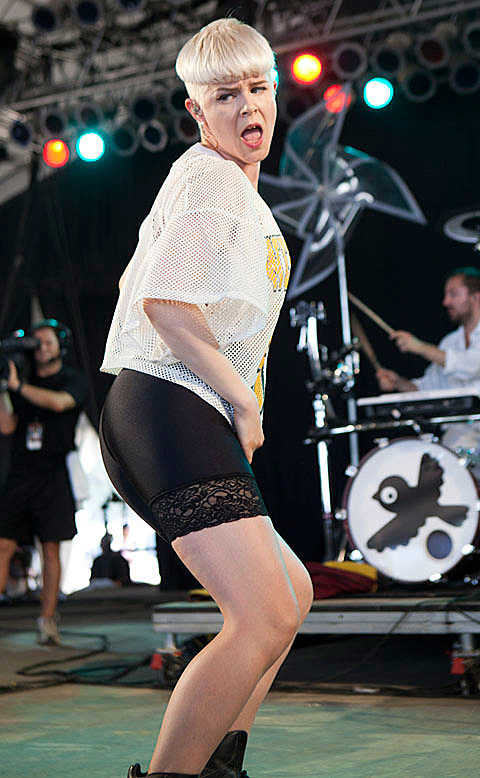 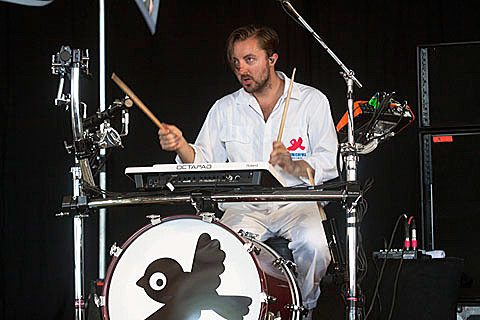 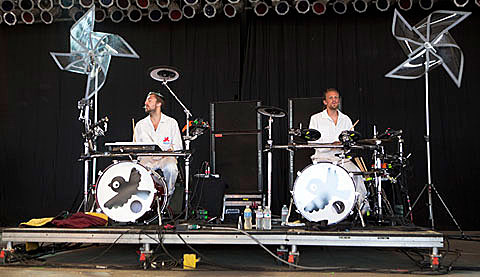 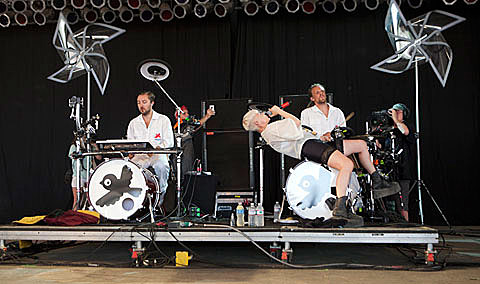 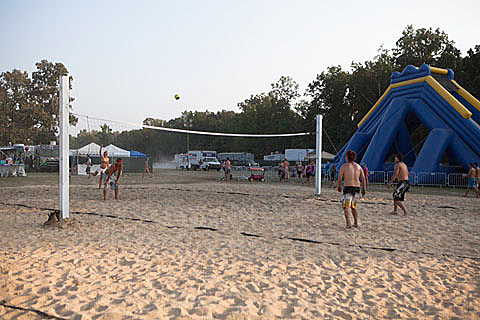 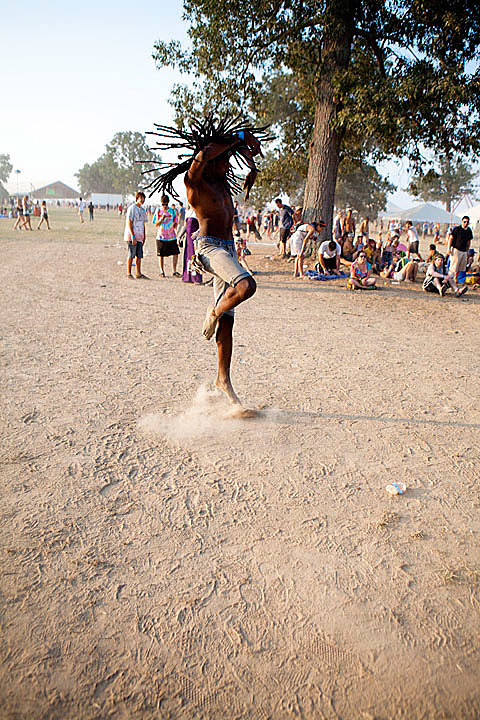