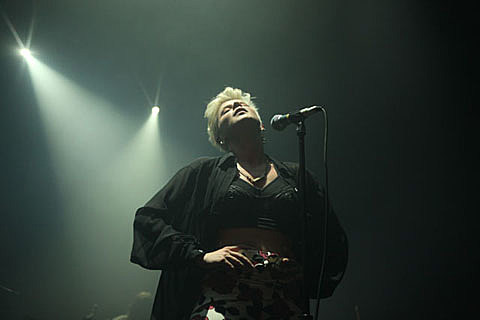 Sensitivity didn't equate to softness at the Music Box, where Robyn was backed by a four-piece band that included two drummers; they gave tracks from "Body Talk Pt. 1," the singer's terrific new disc, a muscular, hard-hitting energy. Over those precision-geared grooves Robyn contemplated vulnerability with disarming honesty: "I'm in the corner, watching you kiss her," she sang in "Dancing on My Own." "I'm right over here, why can't you see me?" Later, in a song from her self-titled 2005 album, she concluded, "You never will be mine."

None of this came off as self-pity, thanks in large part to Robyn's powerful singing, which has warmed and deepened since she emerged during the mid-'90s teen-pop craze. Friday she encored with "Show Me Love," her signature phase-one hit, and the tension between the childlike lyric and Robyn's grown-up voice was as juicy as pop gets. [LA Times]

The review and pictures are both from Robyn & Kelis's tour stop in L.A. on Friday, July 23rd.

The two singers are in NYC for three concerts - the first is tonight (7/28) at Music Hall of Williamsburg, followed by August 4th and 5th at Webster Hall. All three are sold out.

Robyn is also playing one of those iheartradio.com private shows at the P.C. Richard & Son Theater (32 Avenue of the Americas in Tribeca) on Thursday, July 29th at 7pm (doors at 6pm). You can't buy tickets, but we have two pairs to giveaway. Details below.

Robyn, who 'dominated' at Pitchfork Fest earlier in July, put out Body Talk Pt. 1 in June. Part 2 of the triology is due August 17th in the US, and the video for its first single, "Hang With Me," is below. Kelis is also working off a new album, Flesh Tone, which came out in May.

The mentioned video, contest, and more pictures from the LA gig are below... 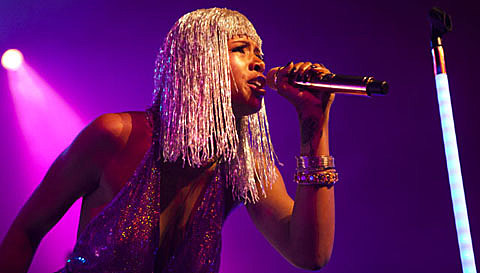 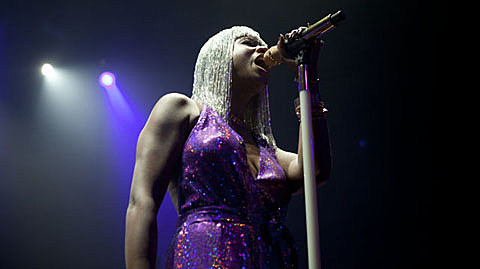 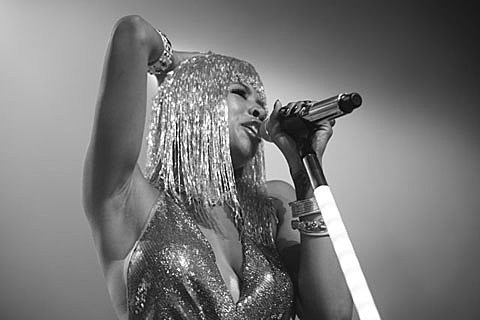 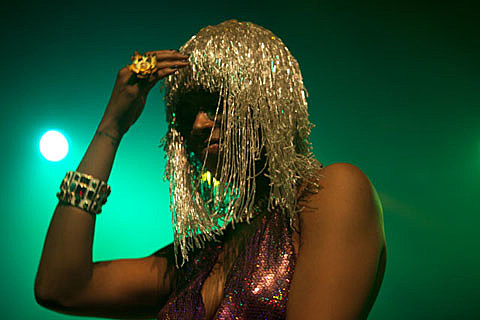 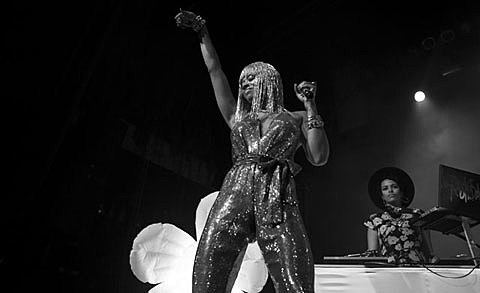 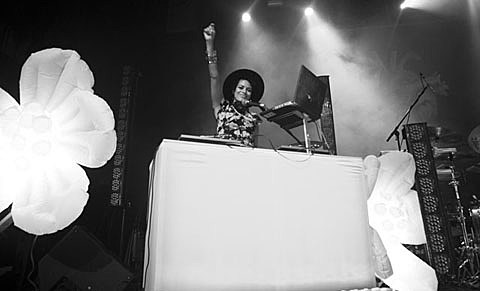 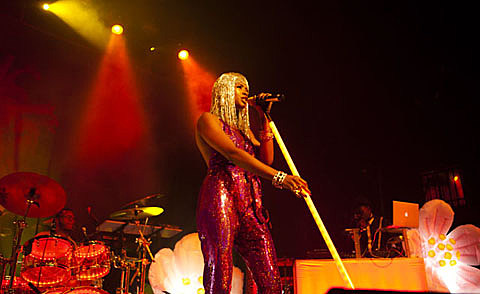 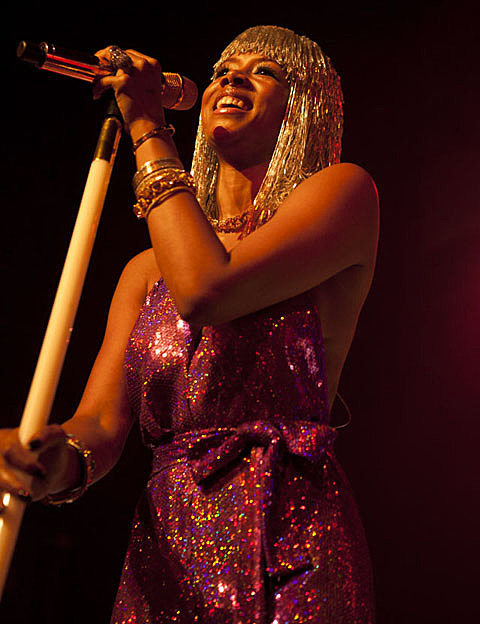 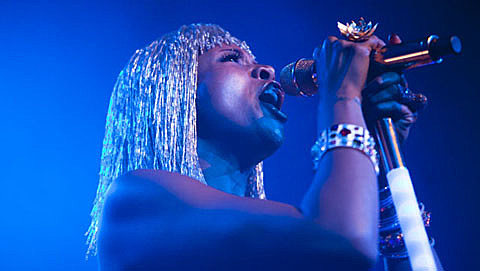 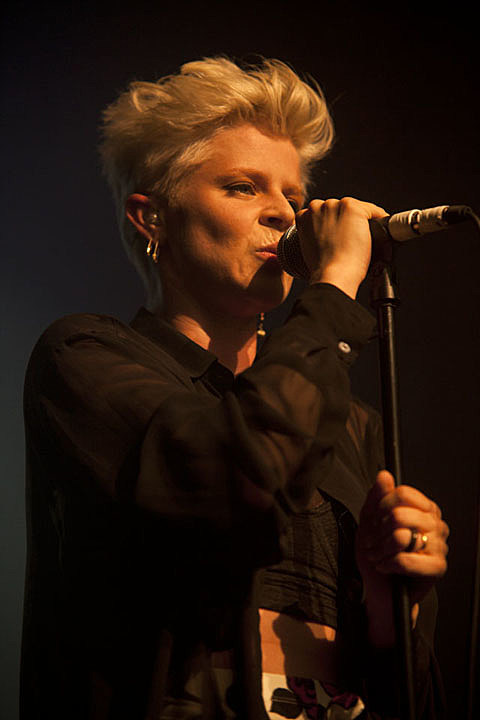 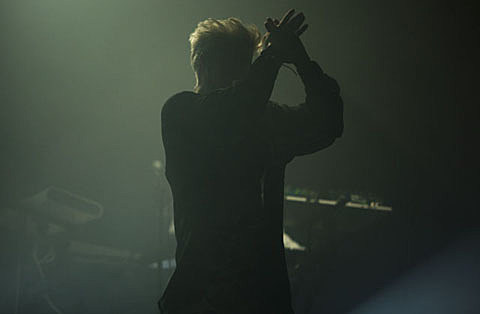 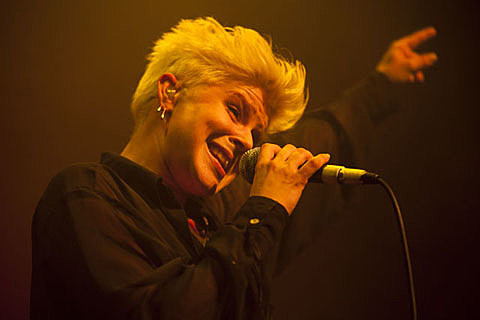 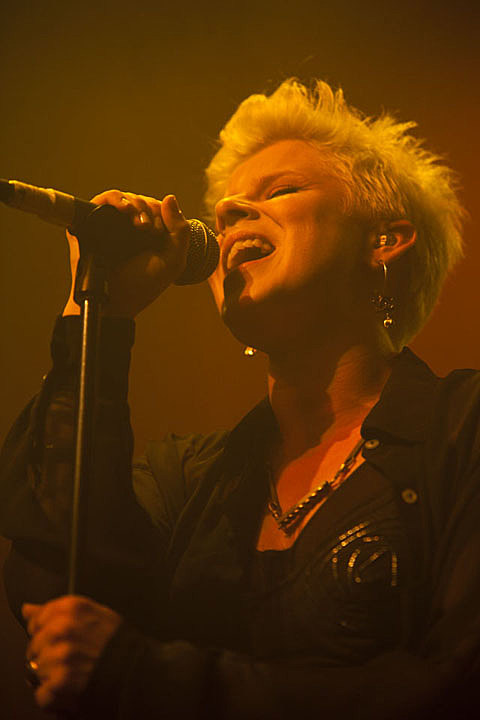 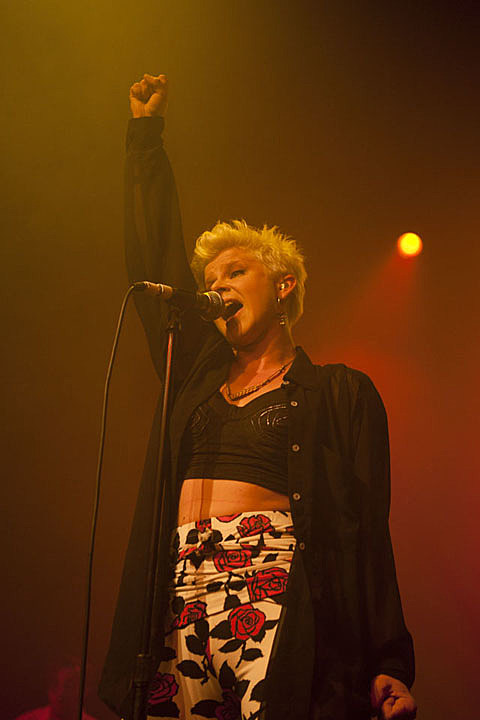 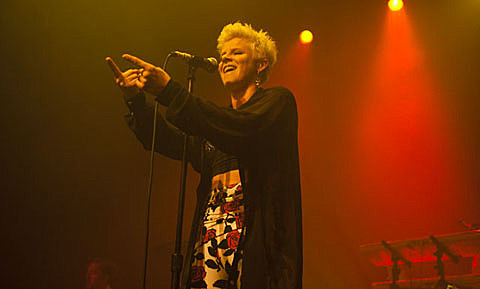 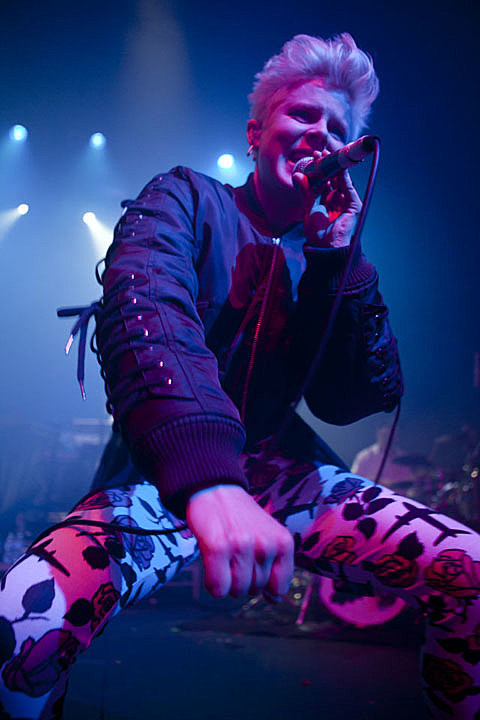 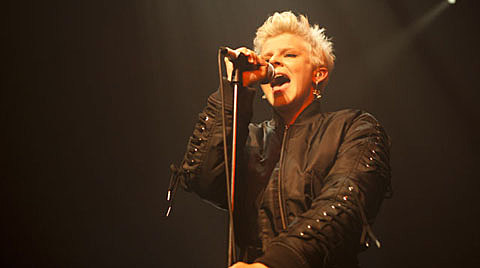 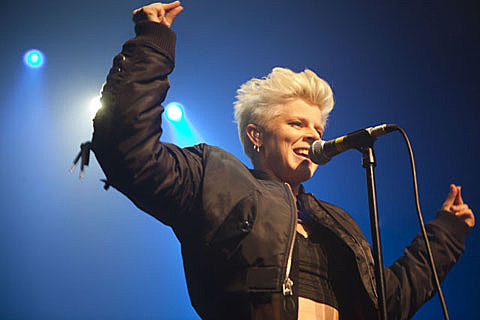 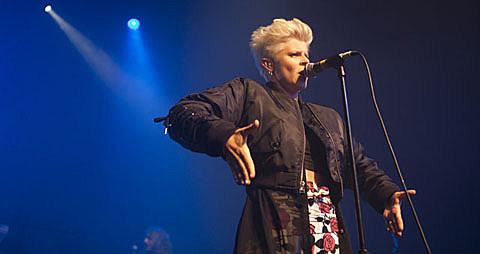 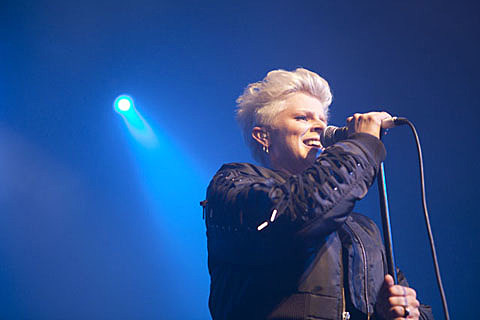 TO WIN TIX TO THE IHEARTRADIO.COM ROBYN SHOW: Email bvcontests@hotmail.com (subject: Robyn). Include your first and last name. Two winners will picked at random and contacted ASAP with further instructions.