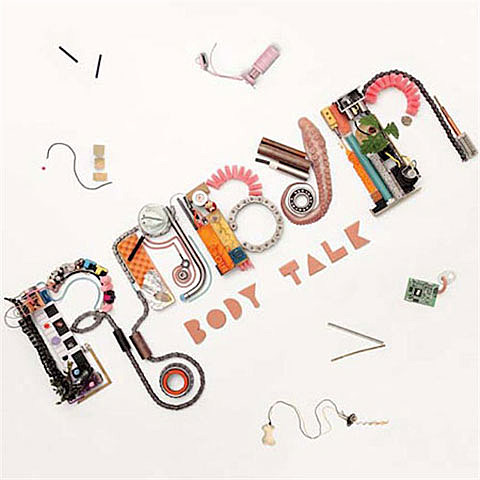 "With Body Talk Pt. 1, the first of a potential three new albums tentatively scheduled for 2010, Robyn doesn't just walk the line between what she has called the "commercial" and "tastemaker" realms. She obliterates it. Immaculately produced, fantastically sung, and loaded with memorable choruses, this eight-song effort has plenty to please everyone from post-dubstep crate diggers to teen tweeters-- often at the same time. Like most of Robyn's best tracks, though, from mid-90s teen-pop hit "Show Me Love" to "With Every Heartbeat" a decade later, Body Talk Pt. 1 is capable of not only appealing to many different people, but also touching them emotionally." [Pitchfork, Best New Music]

Swedish pop singer Robyn's new album, Body Talk Pt. 1, is due out June 15th on Konichiwa/Cherrytree/Interscope. She'll be following that up with parts 2 and 3 later this year. The video for "Dancing On My Own," her new single off the album (out now), is posted below. The full album will be streaming in full on Myspace from June 11th-18th.

This summer Robyn has tour dates in Europe as well as North America. The latter trip kicks off at Pitchfork Fest in Chicago on July 16th and continues to her NYC show on August 5th at Webster Hall. That show is part of the "All Hearts Tour" tour, on which she'll join Kelis, Dan Black and Far East Movement. Tickets go on AmEx presale Wedneday at noon. General sale starts Friday at noon.

She'll also be on Letterman July 19th. All tour dates and the above-mentioned video are below...