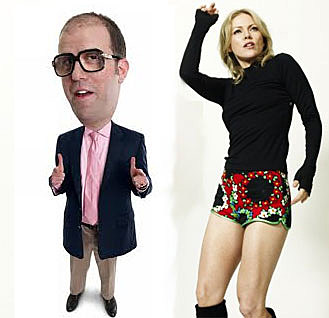 The Rock Lottery began in Denton, TX in 1997 (and in Seattle in 2006). This will be Brooklyn's second annual Rock Lottery. The premise is simple, but effective. Twenty-five hand picked musicians meet at 10:00AM at the evening's performance venue. These volunteers are organized into five groups through a lottery-based chance selection. The five separate groups are then released to practice at different locations. The musicians have twelve hours to create a band name and three to five songs (with a one cover-song limit). The groups will then perform what they have created that evening in front of a waiting audience.