War on Drugs - Wagonwheel Blues (out June 17 on Secretly Canadian) 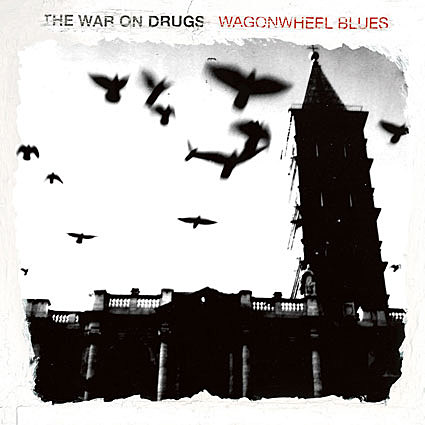 "it's not often that we totally nerd out and say things like: This album is so well sequenced, because, like, what does that even really mean? It turns out that it means The War on Drugs' upcoming Wagonwheel Blues is JAMMING and also totally Springsteeny and Dylany without getting caught up in all the nostalgia that comes along with taking cues from those dudes. The War on Drugs made a totally serious album, shimmering and sprawling--it's as inspiring as it is exhausting and dense." - Fader

WIN TICKETS: We're giving away two pairs of tickets to the Monday show. To win, email BVCONTESTS@HOTMAIL.COM (subject: rock). Include your first and last name. Two winners will be picked at random and contacted.

Flood Pt. 1 is a modern fable with many hidden meanings in the video's several twists and turns.

A penny falls from the sky and begins a cataclysmic chain of events.

A glacier falls from a subarctic cliff and wakes a giant who sleeps beneath the sea.

The angry giant unleashes his fury in the form of a Tsunami which forms into evil storm clouds that spew rain storms of treasure and gold into a bucolic river, where our hero (and heroine) are picking snails.

The two escape the storm in their small boat, and are carried on this current of disaster. Joined by a wise old snail, they witnesss burning carnivals, Escaped zoo animals, and trashed trailer parks, and other such melee as they make their way to the shore.

They dance with lions, and cross a desert, cluttered with dinosaur bones and hidden treasures, and climb on board a flying turtle who takes them on a harrowing journey into the sky, through the carnival, and to a safe place in the grass.

They plant a snail and are catapulted into outer space, saved by a forgotten satellite.

As they peer down towards the earth, a penny falls from our heroine's pocket, starting the chain all over again.

The video was largely hand-crafted in the winter of 2007 / 08 by a dedicated team of welders, illustrators, dancers, model makers and animators. The story is told using a bizarre range of life-sized dancing drawings, to raw archival video footage, to puppets made of foam to glaciers made out of wedding cake.

Special Thanks to Durham College