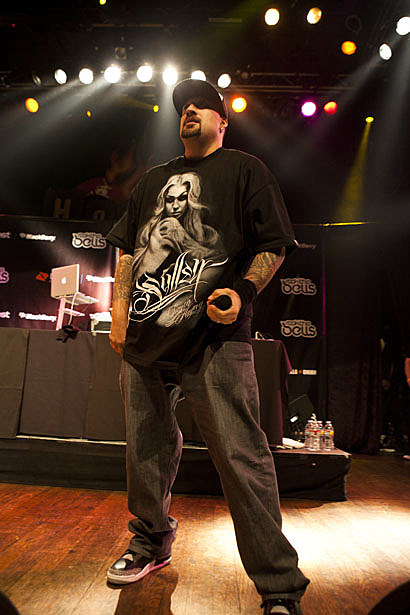 The line-up for the ROCK THE BELLS 2011 FESTIVAL SERIES--presented by Boost Mobile in association with GUERILLA UNION and powered by BlackBerry--will feature an array of seminal and up-and-coming hip-hop artists on three stages. Headliners include Ms. Lauryn Hill, Nas,Erykah Baduand Cypress Hill. See the current line-up below and look for more performers to be announced soon.

This year's festival will head to four major North American markets. Kicking off in the Los Angeles-area on August 20 at the San Manuel Amphitheater, ROCK THE BELLS will then head to San Francisco on August 27 at Shoreline Amphitheatre. The festival moves to the east coast for a show in New York on September 3 at Governor's Island (co-promoted with Bowery Presents, Highline, Mad Dog Presents) before wrapping in [a TBA venue in] Boston on September 10.

ROCK THE BELLS featured a number of headliners performing their most influential albums in their entirety for the first time in the history of hip-hop entertainment last summer. The tradition continues this year with Ms. Lauryn Hill performing her landmark, multi-platinum selling, multi-GRAMMY winning album The Miseducation Of Lauryn Hill and Nas performing his breakthrough debut album Illmatic with special guests AZ, Pete Rock and DJ Premier. Nas says about performing Illmatic this summer, "For years people have been asking me to do Illmatic in so many ways, from stage plays to movies to books, but the time wasn't right. Where music is going now, the time is right. This will be my biggest production and it only makes sense to do it on the best rap tour which also happens to be a brand I've built and am a partner in. Can't wait to kill it with my comrades AZ, Premo & Pete Rock!"

"I am excited that this year's Rock The Bells will continue its rich history and tradition by presenting the best and most ambitious festival programming in Hip Hop," says festival co-founder and Guerilla Union head Chang Weisberg. "The bar has been set high and this year's line-up will certainly stake its claim. With ten of the biggest records in the history of the genre and the freshest new talent bubbling from the underground, this summer's Rock The Bells is another dream come true."

ROCK THE BELLS will feature three main stages this year. The two returning stages are the ROCK THE BELLS STAGE and the PAID DUES STAGE, which will feature independent hip-hop acts that performed at the Paid Dues Festival this past April in San Bernardino and new artists-on-the-rise. Paid Dues Festival creator Murs says, "I am excited that I once again have the privilege of hosting the Paid Dues Stage. We will have the honor of showcasing some of the best talent in independent hip hop as part of the worlds largest and longest running hip hop festival... the Paid Dues stage is gonna be the one to watch this year."

The 36 CHAMBERS STAGE is a new addition to the festival and will primarily feature members of the Wu-Tang Clan as well as artists selected by stage curator and Wu-Tang Clan mainstay RZA. A fourth stage that will also be added to most markets is the GRINDTIME NOW STAGE, which will feature battle-style performances.

The Guerilla Union pre-sale for the ROCK THE BELLS 2011 FESTIVAL SERIES will go from June 3 at 10am PST - 10pm PST. The general on-sale starts on June 4.

The lineup was announced last night at a show at House of Blues in LA. Mobb Deep, Souls of Mischief and Cypress Hill all played and pictures to prove it are in this post. More of them below.

The full lineup is also below... 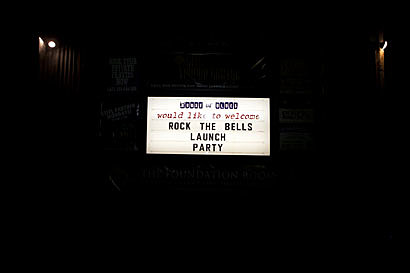 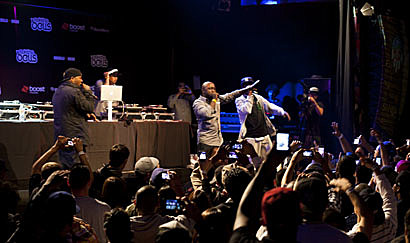 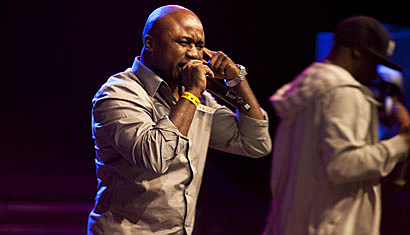 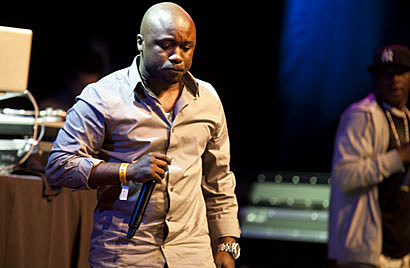 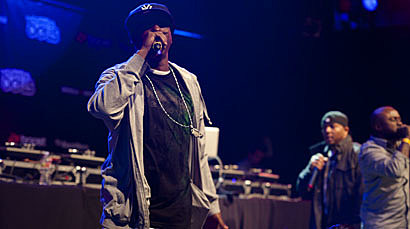 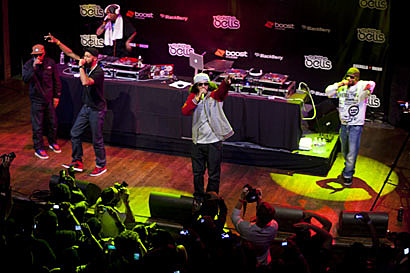 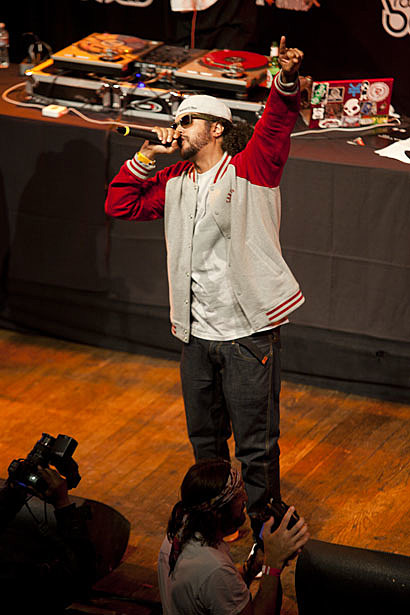 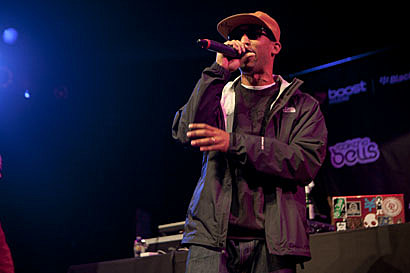 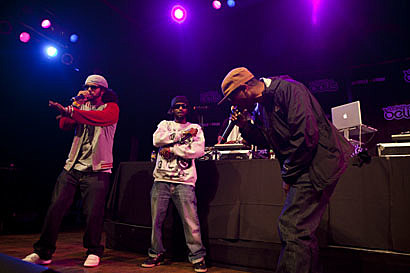 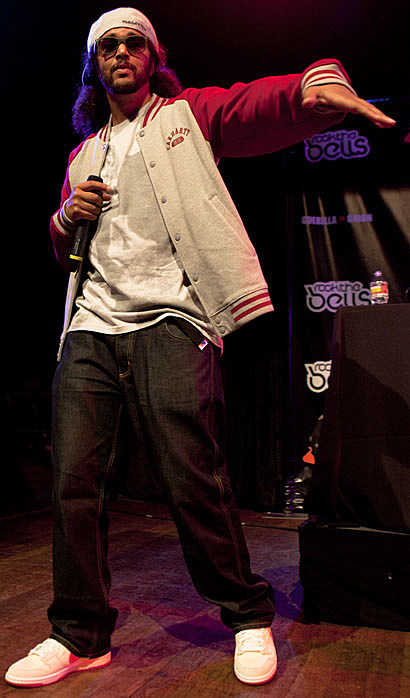 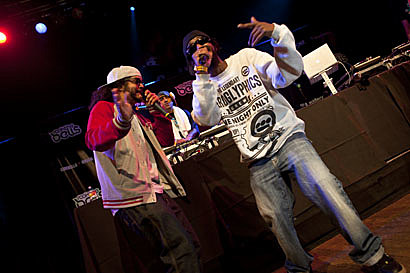 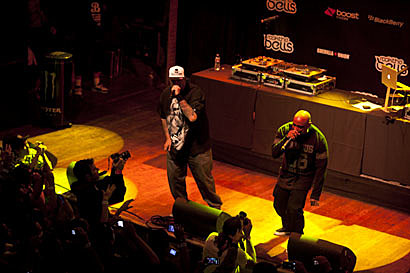 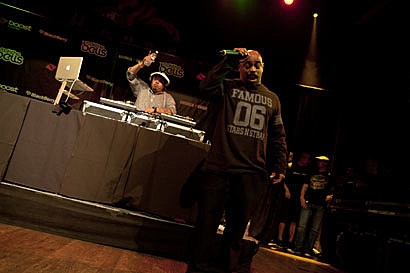 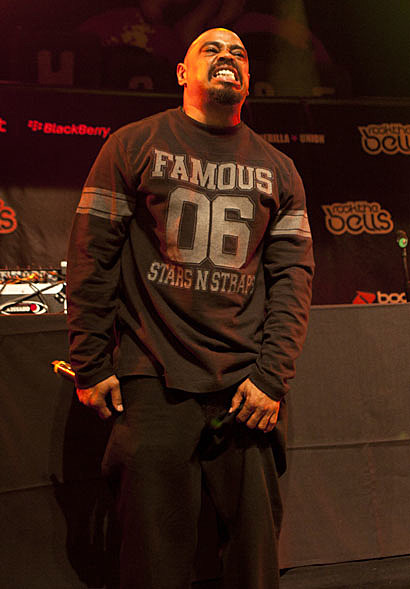