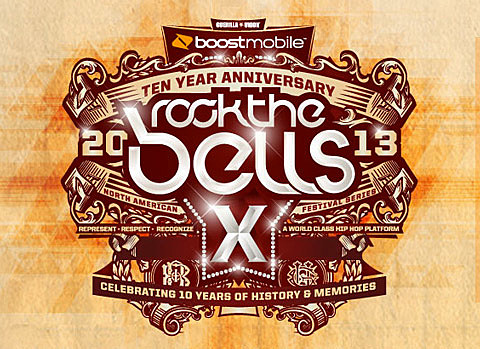 Ol Dirty Bastard and Eazy-E's spirits will return to the stage at Rock The Bells this year, AllHipHop has learned.

The pair of Hip-Hop legends will have holograms performing this year at the 10-year anniversary of the rap festival.

Eazy-E will perform virtually with Bone Thugs-In-Harmony and ODB will rock with Wu Tang. Organizers said Eazy never blessed the Rock The Bells stage and ODB only did once.

So far only four dates exist for Rock the Bells. They're all listed below. Two of them are on the East Coast and one is in the NYC area at Meadowlands Racetrack in Rutherford, NJ on October 4-5. Tickets go on presale Thursday (10/16) at noon, and regular sale on Saturday.

Initial lineup (at least 15 more artists TBA), dates and some video below.

* = only performing in "select markets" (aka not on all four shows)