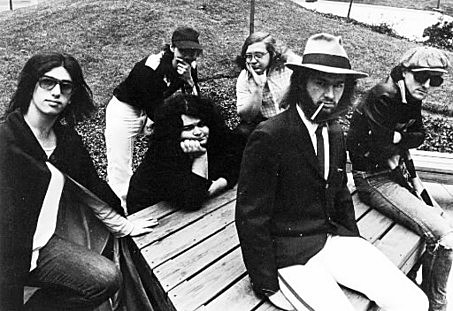 Cleveland proto-punks Rocket from the Tombs formed in 1974, and without ever having released a record or playing more than a few shows, they broke up in 1975. Members went on to form the art punk wizards Pere Ubu and the young, loud, and snotty punks Dead Boys. Both groups appropriated some of RFTT's tracks for their own albums, including the Dead Boys classic, "Sonic Reducer." In 2002, the compilation The Day the Earth Met Rocket from the Tombs was released, featuring rehearsal demos and live recordings. In the wake of the album's success, the band reformed with original vocalist David Thomas, guitarist Cheetah Chrome, and bassist Craig Bell. They were also joined by Pere Ubu drummer Steve Mehlman and Television guitarist Richard Lloyd to replace their original guitarist Peter Laughner, who unfortunately passed away in 1977. In 2004, the band officially went into the studio for the first time to record twelve of the original tracks that appeared on the 2002 compilation. This past September, they released their first album of newly written material, Barfly. The album feels a little focused more on the artier sounds Pere Ubu experimented with than the boogie rock direction Dead Boys went in. Check out the oddly catchy "I Sell Soul," which you can download above, and if you like what you hear, the album is available at RFTT's website. Artwork and tracklist below.

Rocket from the Tombs are going on tour in support of the album this fall. That tour hasn't been announced in full yet but we know that it hits the NYC-area on December 12 at The Bell House and December 13 at Maxwell's in Hoboken, NJ. Tickets are on sale now for both shows (at the links). There's also a couple of other shows announced.

All dates, artwork and tracklist below... 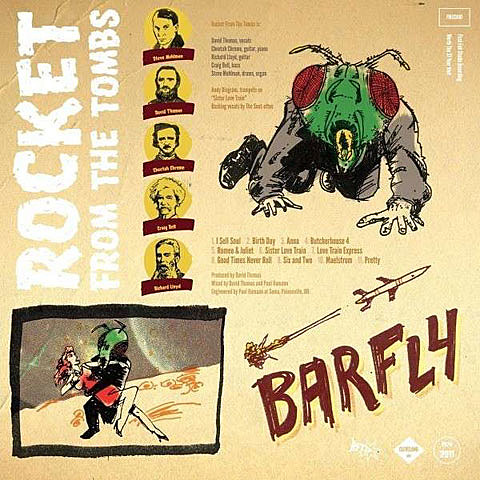