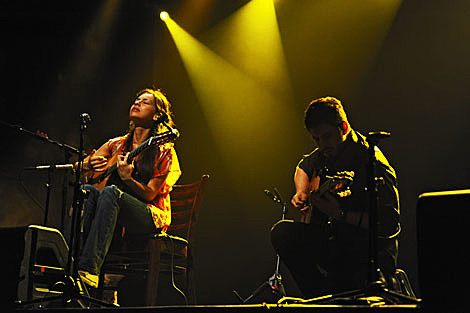 Rodrigo y Gabriela are set to release their new album, Area 52, on January 24 via ATO Records. The album will mark the duo's first collaborative recording, as they've roped in 13-piece Cuban orchestra C.U.B.A.. You can download the album's single, "Juan Loco," in exchange for your email address via the widget below. Also below is the album artwork, tracklist, and a trailer video.

Rodrigo y Gabriela are going on tour in support of the album with C.U.B.A. as their backing band this spring. That tour hits NYC on April 20 at Radio City Music Hall. Tickets go on sale Friday, 1/20, and are available now for Fan Club Presale (password="RYGAREA52").

All dates, video, widget, and album info below... 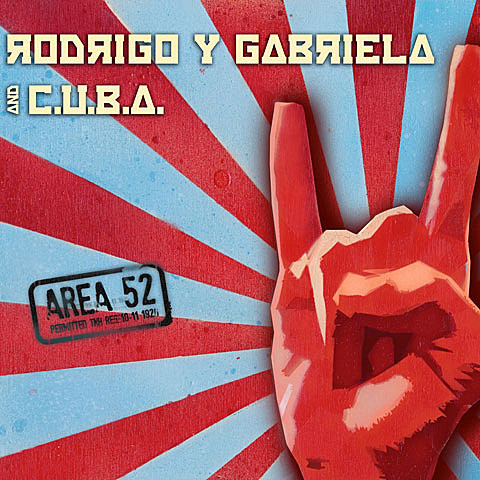