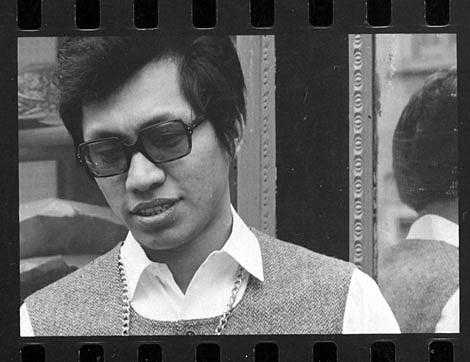 Born in Mexico but raised in Detroit, Sixto Rodriguez released two soulful folk-rock albums (musically not unlike Shuggie Otis or even Bill Withers) in the early '70s, filled with gritty tales of inner-city life, that barely created a ripple in the United States but became sizable hits in Australia and South Africa of all places. (He toured Australia with Midnight Oil in the early '80s.)

His cult status began to grow in America, finally, at the start of this decade, and last year Seattle label Light in the Attic did the first official reissues of Rodguigez's 1970 debut, Cold Fact. The reissue of 1971's Coming From Reality, just hit stores last week. There's an MP3 from each at the top of this post, and for more info, I highly recommend Fred Mills' article on the man over on Blurt. There's also a new Rodriguez Daytrotter session which is well worth downloading.

Rodriguez is currently on what is his biggest American tour in ages, with a stop at Bowery Ballroom this Friday (5/15) with The War On Drugs. His backing band for the East Coast dates are from Asheville, NC, and includes Obvlivians/Reigning Sound guitarist Greg Cartwright, as well as a horn section. West Coast backing duties will be handled by San Francisco's The Fresh & Onlys who played with Rodriguez last year, including a performance at Amoeba Records which there's video of below, along with tour dates...