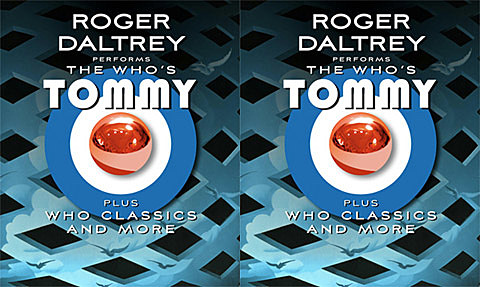 The Who is one of my favorite classic rock bands of all time, so I definitely had some mixed emotions when I saw that Roger Daltrey will hit the road to play The Who classic Tommy in its entirety along with selected "Who classics". Though he has blessed the tour, there will be no Pete Townshend, the brain behind Tommy. Pete has been replaced by Simon Townshend, his brother, who will play guitar alongside Frank Simes (guitar), Scott Deavours (drums), Jon Button (bass), and Loren Gold (keyboards).

Commenting on the tour, Pete Townshend says, "Great to see Roger performing TOMMY with his band in 2011. I will be there in spirit. Roger has my complete and most loving support. Roger is touring his unique concert version of TOMMY using his faithful presentation of the original work as the backbone for a set of wider material. It is wonderful to hear the way Roger and his new band re-interpret the old Who songs."

The North American tour, which also promises "striking visuals," will hit two NYC-area arenas of considerable size: Prudential Center on 9/18 and Nassau Coliseum on 9/23. Tickets for Prudential Center go on AmEx presale at 10AM on Monday (5/16), and regular sale on Friday 5/20. Tickets for Nassau go on sale 5/20.

All tour dates and some video of The Who performing Tommy in its entirety with Pete Townsend and John Entwhistle is below.

The Who - Baba O'Riley from Who's Next