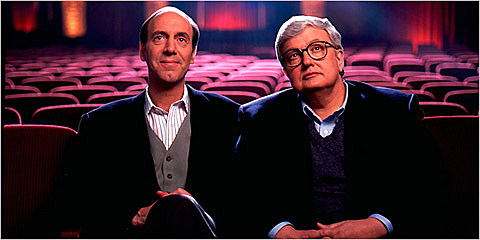 Legendary film critic Roger Ebert has died, reports The Chicago Sun-Times, the paper where he worked since 1967. He and Chicago Tribune Gene Siskel influenced the nation first with their movie review show Sneak Previews on PBS and then At the Movies and Siskel & Ebert in syndication. Gene Siskel died in 1999 from complications with brain surgery. Ebert contracted thyroid cancer in the early '00s and in 2006 post-surgical complications left him unable to speak, but his love of movies never went away.

On Tuesday (4/2), the 46th anniversary of his hire at the Sun-Times, he announced on his blog that his cancer had come back and was taking a "leave of presence." He was 70.

In addition to being the world's most famous movie critic, he also was a screenwriter for cult director Russ Meyer, having penned the screenplay to 1970's sex-drugs-and-rock-n-roll classic Beyond the Valley of the Dolls. The pair were hired by Malcolm McLaren to make a Sex Pistols movie, Who Killed Bambi, but production was halted when the backers read the screenplay (which he published on his blog in 2010). Hopefully Gene saved you the aisle seat. Rest in peace, Rog.

A few classic Siskel & Ebert clips are below...