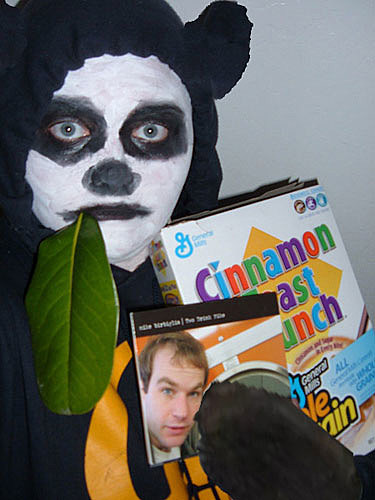 I really couldn't be happier with how awesome the comedy portions of the Brooklyn Vegan and Klaus Kinski Present Rock 'n ROFL shows at Pianos have been going. As a matter of fact, after each show is over I worry myself sick that I won't be able to put together a comedy line-up that could possibly be as good as (or better) than what I had just witnessed. I am happy to report that the tonight's installment of Rock 'n ROFL (June 18, 2008) will continue the tradition of delivering awesome comedy to y'all. The comedy will begin at 8pm sharp, so be there or risk missing: 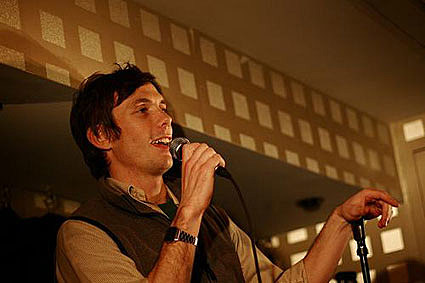 Roger Hailes! I have been seeing a lot of Roger lately, including that time a few weeks ago when he was filling in for Greg Johnson as host host of The Greg Johnson and Larry Murphy show at Rififi. His jokes are superb and his presence on stage is terriffic. He's done loads of wonderful things like writing stuff for MTV, Sony and Comedy Central. Not only has he graced stages all over the place with his presence, but he's also been on Chappelle's Show and VH1. Roger was the first person I thought of when I began pondering who should host the next ROFL, not only because he's really funny but also because he don't take no crud from nobody. 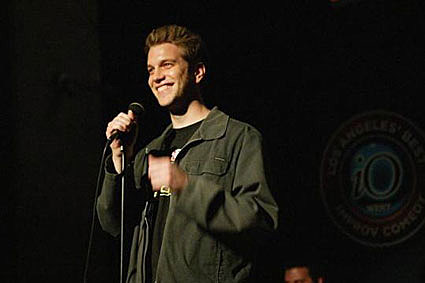 Anthony Jeselnik! The first time I saw Anthony was when he was being taped for the Comedy Central show Premium Blend a few years back. Aziz was also on the bill. Anyhow, I liked Anthony right away. His jokes are quick; fast set-up, fast punchline, on to the next one. No long stories or anecdotes; just good, often times dark and always brilliant, jokes. He's an out of towner, but if I see him listed on a local comedy showcase I always do my best to be there. If you look at his myspace page you'll see that he's got around 40 upcoming gigs with big timers including Doug Benson and Brian Posehn. I am so stoked he has time to drop by ROFL before he hits the road. 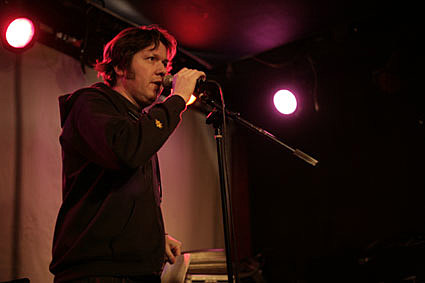 Dave Hill! They don't get much better than my man Dave Hill. Good friend of Brooklynvegan.com, creator of painfully wonderful videos, shredder of guitars, and host of one of my favorite shows at UCB, it's a pleasure to have Dave Hill join us at ROFL (again).

Mike Birbiglia! OK, it's no secret that I am a huge fan of Mike Birbiglia. It's time for me to put my money (enthusiasm) where my mouth (Pianos' stage) is. Mike will close out the night with what I can only describe as an extended jam session of hilarity. You've read enough about him on BV. Now it's time for you to experience what it is I've been so excited about.

Oh, and if you miss him at Pianos (which you shouldn't!), you can also catch Mike when he performs at Central Park Summerstage on June 20th.