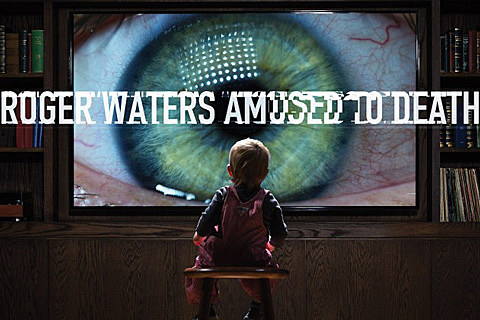 Continuing on with my relentless coverage of things pertaining to Pink Floyd, my main man-hero Roger Waters, that band's bassist and primary songwriter, has also been a pretty busy fellow. First off, he is re-releasing his powerful and utterly prescient 1992 concept album Amused to Death on July 24 in multiple formats and in multiple packaging and platform iterations. It's sort of nuts (see list of options at the end of the post). This re-release features remastered audio completed by longtime Roger Waters / Pink Floyd collaborator and co-producer, James Guthrie. There's also tons of new concept artwork with the album as well.

Musically and thematically, this is easily my favorite Pink Floyd related solo album, with Waters' rock opera The Pros and Cons of Hitchhiking clocking in at a very close second. Allow me to let the record label sum up the album for me:

An unblinking look at an entertainment-obsessed society, Amused to Death addresses issues that have only grown in complexity and urgency over the past two decades. With Amused to Death, Roger Waters sounded the alarm about a society increasingly - and unthinkingly - in thrall to its television screens. Twenty-three years later, Amused to Death speaks to our present moment in ways that could scarcely have been anticipated two decades ago. In 2015, television is just one option in an endless array of distractions available to us anytime, anywhere, courtesy of our laptops, tablets and smartphones. With eyes glued to our screens, the dilemmas and injustices of the real world can easily recede from view.

He's turning the mirror on us, people. Again. Watch a few videos where Waters and others talk about Amused to Death and its reissue, below.

Roger also has a new cinematic version of Pink Floyd's The Wall: Live live that will hit select theaters on Tuesday September 29. This cinematic experience features high definition concert footage culled from his expansive Wall tour that happened between 2010 and 2013 (and which was witnesed by about 4 million people) as well as new dramatic narrative footage. This is going to be an experience for the ages. New Yorkers can experience the movie at Kips Bay Cinemas or Union Square Stadium 14. I will probably be at the Union Square screening if anyone wants to tailgate with me before hand. Watch a trailer for it below.

And lastly, but certainly not leastly, Roger will be performing at the very sold out Newport Folk Festival on Friday July 24. Roger has described his slot as "an intimate appearance specifically crafted for Newport Folk." Are you going? Will you tell me all about it? 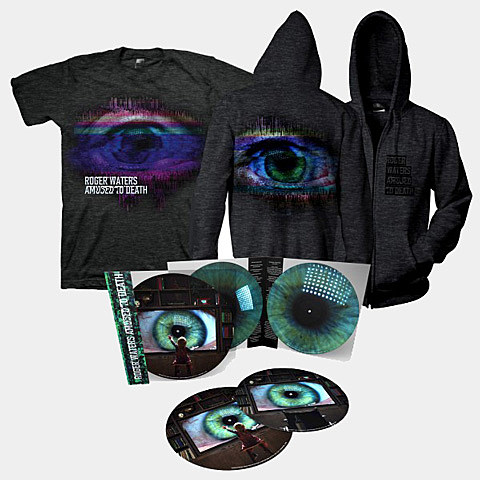