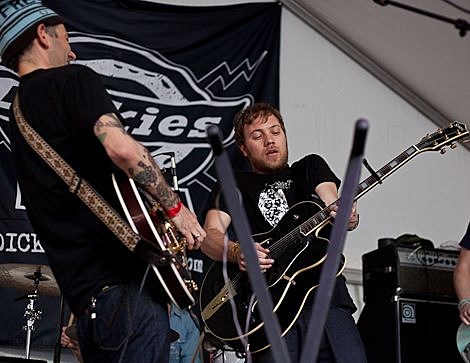 Rogue Wave have dates scheduled across the states this summer. As part of that tour, they play Surf Lodge in Montauk, NY on July 31st.

NYC gets Rogue Wave on September 29th when they play a show with Midlake at Webster Hall. Tickets for that one are on AmEx presale. General sale starts Friday at noon.

Midlake are currently touring Europe, will head to Australia before the summer is over, and then back to Europe in November. The September show with Rogue Wave is presumably part of a larger TBA North American tour that includes their October 10th stop at this year's Austin City Limits festival.

Rogue Wave's new video for their song "Solitary Gun" of their 2010 release, Permalight, is with all tour dates below...