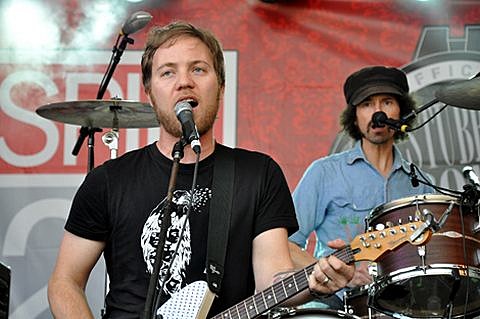 Oakland indie popsters Rogue Wave already released the song "Christmastime" this year for the Indie for the Holidays comp, and now they put out "Christmas for the Jews." It begins, "I'm just a Jew boy on Christmas Eve, nothing to do boy except watch the TV. I'll catch a movie or get some Chinese food." Sounds about right.

Listen to "Christmas for the Jews" below...