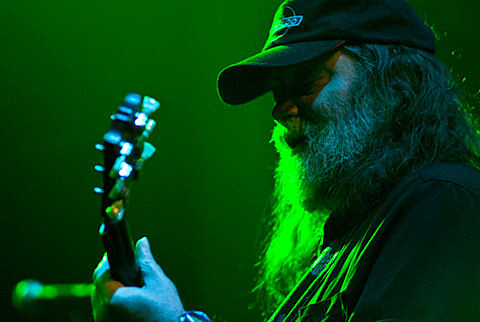 Roky's most recent set of shows and album included Okkervil River as his backing band. That won't be the case this time, but you can catch Okkervil frontman Will Sheff when he plays a solo show at the Living Room on Tuesday, August 10th. That show is part of Bird of Youth's Tuesday in August residency at the Living Room. Bird of Youth (the band led by BK musician Beth Wawerna)'s other guests include Charles Bissell of the Wrens and Timothy Bracy's Collection Agency (ex-Mendoza Line). They all, or most of them, also contribute to Bird of Youth's upcoming debut album (MP3 from that above). No advanced tickets. A flyer for the residency is below... 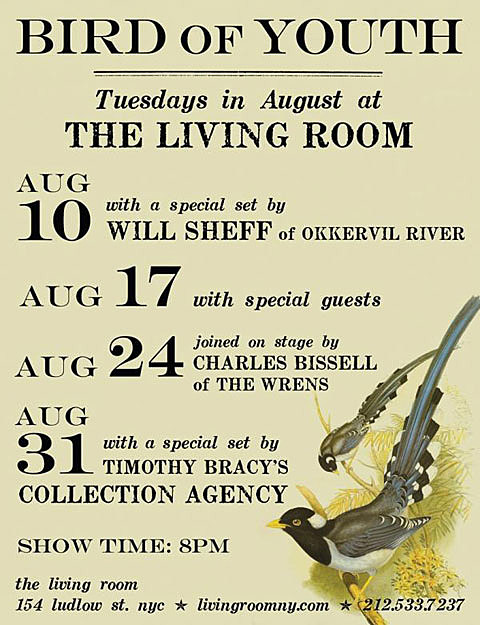