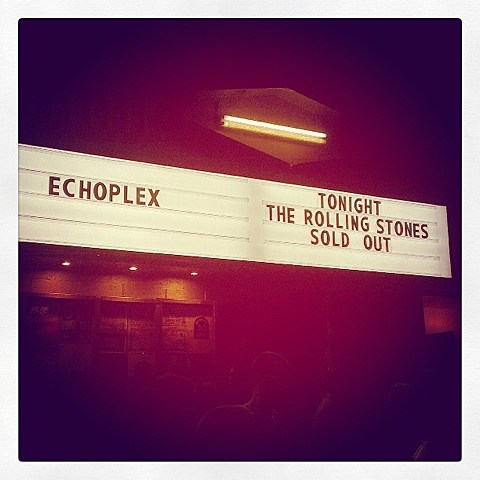 As mentioned, The Rolling Stones are going on a North American tour this year (Mick Taylor included). The tour was set to kick off in LA on May 2 but was pushed back a day due to NBA playoffs, and will now begin at LA's Staples Center on May 3. However, they did a surprise show at a much smaller LA venue last night (4/27): the 320-cap Echoplex club, as Reuters reports. A picture of the setlist and a video from last night's show are below.

Still no NYC dates announced for this run, but they'll make their way over to the Northeast for shows in Boston on June 12 and 14 at TD Garden and in Philly on June 18 and 21 at Wells Fargo Center. Tickets for those shows and other North American dates are still available.

Updated dates, including three shows in Chicago, are listed, along with the setlist and video from Echoplex, below... 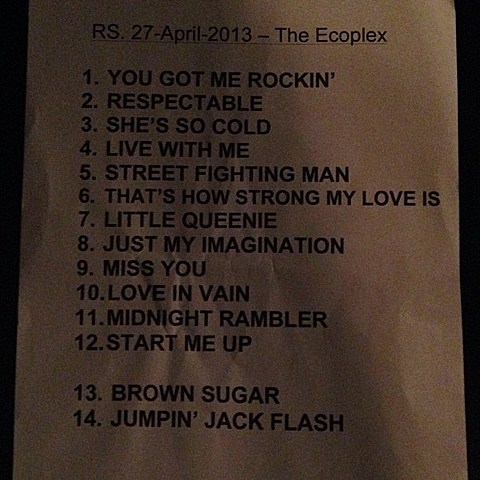