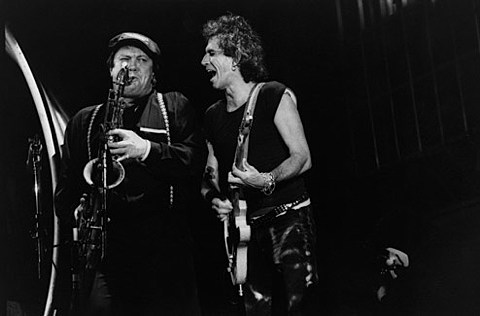 Bobby Keys, the larger-than-life saxophone player who toured with the Rolling Stones for more than 45 years and played on studio classics like "Brown Sugar" and "Live With Me," has passed away. He was 70.

"If you believe in the magic of rock & roll, which I devoutly do, it isn't in the individual," Keys told Rolling Stone in 2012. "I've played in bands with A-team players around, but unless they can play together, it doesn't do any good."

"The Rolling Stones are devastated by the loss of their very dear friend and legendary saxophone player, Bobby Keys," the band said in a statement. "Bobby made a unique musical contribution to the band since the 1960s. He will be greatly missed." [Rolling Stone]

In addition to playing with The Stones, Keys collaborated with John Lennon, George Harrison, Eric Clapton, The Who, Chuck Berry, and more. Rest in peace Bobby.

Listen to "Brown Sugar" below...