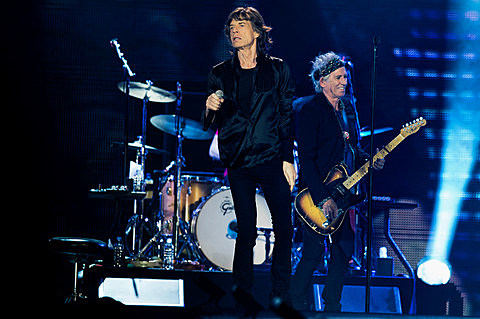 The Rolling Stones will be back on the road this summer for what they're calling the Zip Code tour. It will feature a stage that extends deep into the audience, new state-of-the-art video screens and a setlist heavy on their most famous songs. "We are excited to be back in North America playing stadiums this summer," Mick Jagger said in a press release. "We are looking forward to being back onstage and playing your favorite songs." You can watch a tour announcement video below.

The 15 dates announced for the Zip Code tour do not include a NYC-area show -- Buffalo and Pittsburgh are about as close as it gets -- but tickets for all US shows go on sale April 13 (the Quebec date goes on sale April 11).

In other news, the band's 1971 album Sticky Fingers is being reissued on May 26 in a variety of formats. The fanciest of those is a "super deluxe" box set that includes a bonus CD featuring previously unreleased alternate takes and live performances, a hardback book and more. Details on all the different versions that will be available are here.