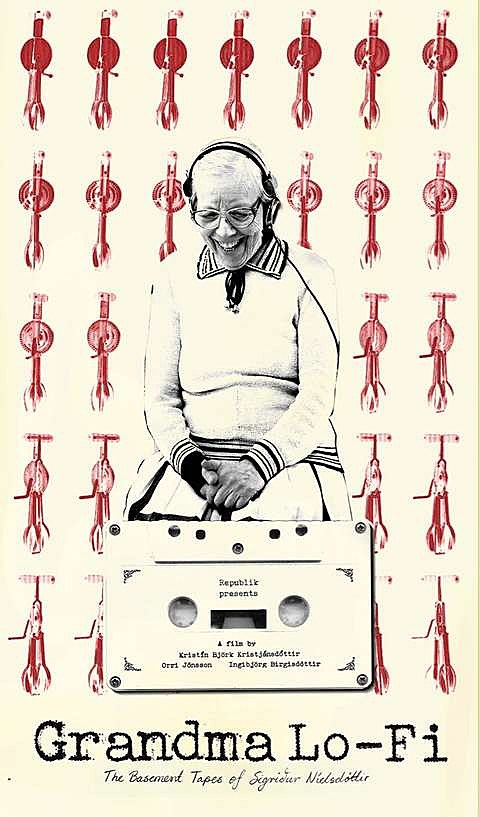 We've all been there. Those big creative dreams we had when we were young fall prey to the practical concerns of student loans, rents, and families. Maybe we loved piano lessons as a kid but our father couldn't afford them. Maybe we fell in love with a sailor but our parents forbid us from seeing him. Maybe we went ahead and saw him anyways. And maybe when his ship sunk and he died, our mother told us: "what you refuse to give up yourself, God will take from you." After that, maybe we ran away to Iceland, where we worked odd jobs for many years until one day, at the tender age of 70, we rediscovered music.

Grandma Lo-Fi, the directorial debut of three Icelandic musicians, tells just such a story. The story of Sigríður Níelsdóttir, who recorded 600 songs in seven years, mixing together the sounds of household items, pets, found toys, and a Casio keyboard, achieving cult status among Icelandic musicians. One of her albums is all Cowboy songs, another has lyrics that are complete gibberish. Her passion and enthusiasm are infectious. Don't be surprised if by the end of the film you want to go out and get a Casio keyboard and hand-whisk and start recording homespun hits in your living room.

Shot mostly on Super-8 and 16mm film, Grandma Lo-Fi uses charming lo-fi animation and a delightfully quirky visual style to celebrate the life of a remarkable woman and her irrepressible creative drive.

Documentary Grandma Lo-Fi will screen as part of Rooftop Films at The Old American Can Factory (232 Third St. at Third Avenue, Brooklyn) on Saturday, July 28. Tickets for that are still available. In addition to the screening, there will be a performance by Kira Kira which is actually Kristín Björk Kristjánsdóttir, one of Grandma Lo-Fi's three directors. There is also a reception in the Can Factory courtyard following the screening with complimentary beverages. 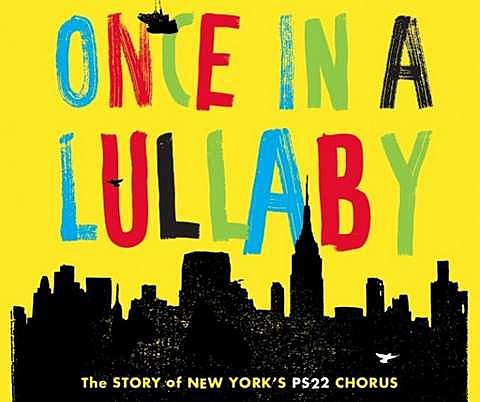 In other Rooftop Films music documentary news, the PS 22 Chorus documentary Once in a Lullaby will screen for free at Richmond County Bank Ballpark at St. George (home of the Staten Island Yankees) in PS 22's home borough of Staten Island on August 14. (More info here.)

If you haven't heard about this film about internet sensations and Oscar performers -- a big hit at the Tribeca Film Festival (where it premiered) -- here's the synopsis:

Public School 22 in NYC has more than just an amazing chorus, they have an amazing story. These 5th graders went from performing in their school auditorium on Staten Island to closing the show at the 83rd Annual Academy Awards! It all started when their dynamic and caring teacher Gregg Breinberg starting posting videos of their performances on YouTube. The videos went viral captivating viewers from your house to the White House (where they performed for President Obama) with the students' pure love of music. Celebrities and Indie Rockers alike started flocking to the elementary school to visit and perform. Then, at their annual Christmas concert they got a surprise visit from Oscar Co-Host Anne Hathaway who invited them to perform at the 83rd Annual Academy Awards. With unprecedented access our crew follows them from the hallways and streets of Staten Island to the Red Carpet and backstage at the Kodak Theater for their big Oscar performance. Back stage drama combines with homesickness as the 10 year olds navigate the world of the entertainment elite. The drama culminates when the chorus director and the producer of the Oscars broadcast clash over creative differences and half the chorus looses their voices screaming at Disney the day before the big show. This documentary is an inspiring feel-good story that shows us children have a lot to teach about music, and that a talented teacher can teach his students the most important lesson of all; within themselves is the power to do anything.

If you can't make it to Staten Island for the free screening, Once in a Lullaby will also play at the Los Angeles Laemmle NoHo from Aug, 10-16, and IFC Center in Manhattan from Aug. 3 - 9 as part of Docuweeks and tickets for those NYC screenings are on sale now.

Trailers for both Grandma Lo-Fi and Once in a Lullaby are below.

Once in a Lullaby: The PS22 Chorus Story (Trailer) from Jonathan Kalafer on Vimeo.