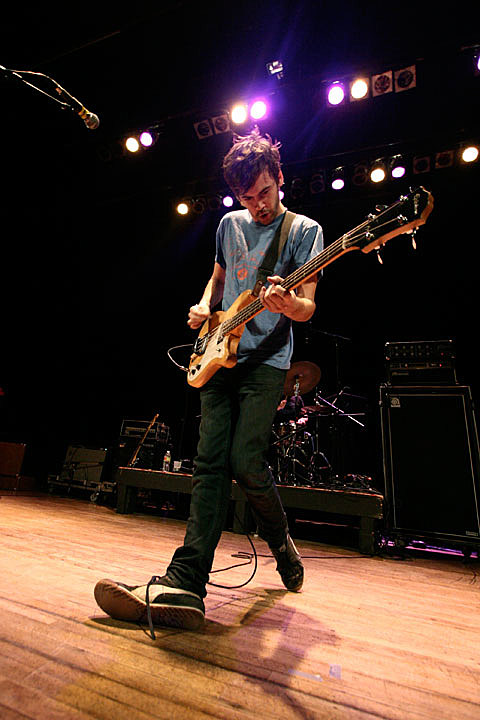 Lawrence, Kansas' excellent, farfisa-rockin' Rooftop Vigilantes are here this week for CMJ, playing three shows: Cake Shop on Friday (10/22); early Saturday night (10/23 7:50PM) at Bruar Falls for the all-day Cape Shop party,  and then later that night at Cake Shop (12:20 AM) for the Daed Pizza showcase.

These will be the first shows Rooftop Vigilantes have played in NYC this year, as their planned March tour never quite made it out of the gate. If you've never heard them before, check out the two MP3s at the top of this post. Here's what I've said about them in the past:

These guys are up there with BOAT in in the shambly, anthemic, super-catchy school of indie rock -- and if this sounds a little tighter, more pointed than anything on their debut, there's a reason. The band trekked to Baltimore, MD to record the album with Jawbox/Burning Airlines' J. Robbins behind the boards, which seems like a perfect match with Rooftop Vigilantes' sound which has been described in the past as "a very drunk Fugazi."

No word on when that record is coming out, but it is in the can and waiting to be heard. They are seriously great live, so do catch them if you can. The band recently played the Scion Garage Fest in their hometown, and a couple videos from that are below, along with some show flyers and all 2010 tour dates... 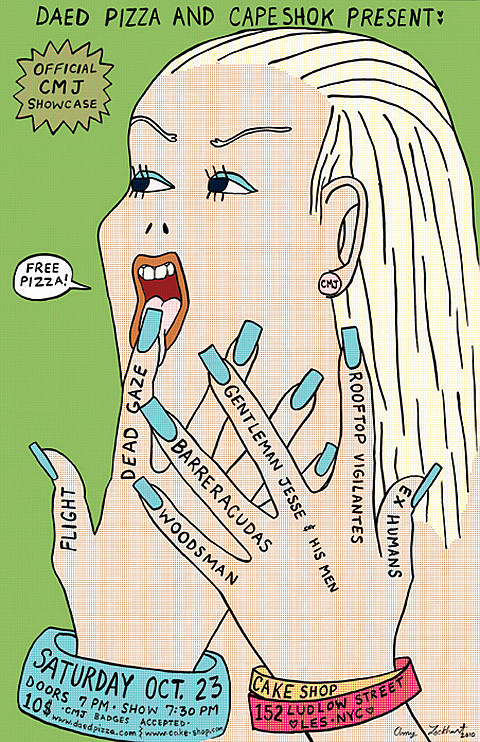