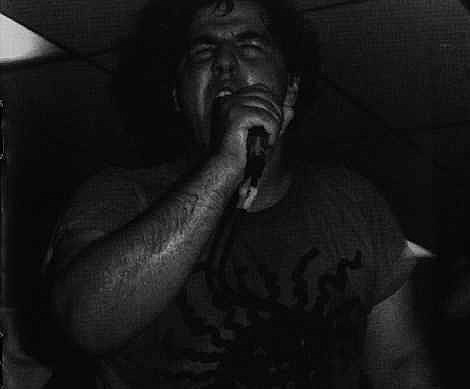 Rorschach was a New Jersey-based band that existed from 1989 to 1993. The group often blended hardcore punk and dissonant elements of metal providing the inspiration to a number of hardcore and post hardcore bands thereafter.

The first release by the band, Remain Sedate, shows the band's sound at a stage when they played fast, heavy hardcore with a metal slant and raspy hardcore vocals. At this time they also drew heavy comparisons to Die Kreuzen for their bizarre chord progressions and Charles Maggio's unearthly howl. However, as the band progressed, they developed a slower, more sinister, sludge sound that was influenced by fellow New York band the Swans. Additionally, the vocals developed into high-pitched, tortured screaming rather than shouting, due in part to voice problems Maggio was experiencing at the time. This change in sound can be heard primarily on their second full-length release, Protestant. Shortly after issuing this album, the group disbanded, some members eventually joining Deadguy. - [Wiki]

As rumored and discussed, Rorschach WILL reunite. According to the frosty-linked post in the livewire message board, the shows will take place September 23 - 27 in "Boston, NY, NJ, D.C. and Philly". Guitarist Nick Forte confirms to Lambgoat that "all original members will be involved". The message board also says "all original roadies". Stay tuned for more details.

Also of note, Charles Maggio went on to found Gern Blandsten Records, one time home to Chisel, Ted Leo & The Pharmacists, The Van Pelt, Dalek, Garden Variety, Radio 4, and many others.

The Van Pelt reunited for a show at SXSW, AND for one happening this Saturday in Brooklyn as part of the Northside Festival. The Brooklyn show, that the band curated, is at Coco66 and also includes Ghost Gamblers, The Holy Childhood, and Beats Antique on the bill. The entire Northside Fest kicks off today (6/11).