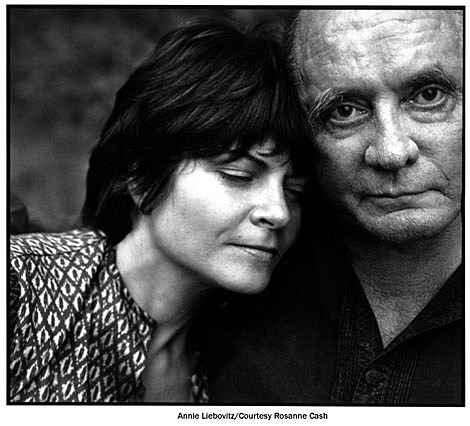 NY Times: On Tuesday [Oct 6], you're releasing your 14th album, "The List," a stirring leap into the past whose title refers to an actual list of 100 mostly country songs compiled by your father, Johnny Cash, in 1973 in an effort to expand your teenage taste in music beyond the Beatles.

Rosanne Cash: He realized that I lacked something essential about my own musical genealogy, and he made this list for me. He said, "This is a template for excellence." He would play the songs for me on his guitar, and I sought out the records in the years afterward.

Did you have a good relationship with him?

It's hard to be close to a drug addict when they're active. He was erratic and withdrawn. But when I was 17, he said, Come with me, and I left the day after I graduated high school, went on the road with him. It was wonderful. He was clean and sober by that time. That's when he wrote the list for me, on the bus.

As an acclaimed songwriter who is just releasing your first album composed entirely of other peoples' songs, do you think "The List" will bring new life to old classics and raise the country-music consciousness of a generation of kids?

Not just young people. I have a 50-year-old, culturally astute girlfriend who heard a recording of "Sea of Heartbreak" and said, Did you write that? I said, Hardly. Not even close. The definitive version was recorded by Don Gibson in 1961.

Rosanne Cash will debut of her The List material live at St. Ann's Warehouse in NYC on October 9th and 10th. Her album cuts the 100-song list down to 12 tracks. Some tickets to the Brooklyn shows are still on sale. Special guests aren't listed on the bill, but Rufus Wainwright, Jeff Tweedy, Bruce Springsteen, and Elvis Costello all appear on the album.

She discussed the album and played material from it on September 23rd at WNYC's Souncheck - that show is streaming online.

More info on the album (art, tracklist) and a schedule of Rosenne's live and TV performances (including Letterman & Today show) are below...

St. Ann's Warehouse presents the World Premiere concert of ROSANNE CASH The List, the first album culled from a list of "100 Essential Country Songs" that Johnny Cash created for his daughter when she was 18. Alarmed that Rosanne lacked a deep understanding of country music, Johnny gave her the list and insisted she learn them all. Filtered through her own unique, sophisticated perspective, Rosanne covers songs from The List with her own stylish interpretations, paving their way to a permanent place in the American Songbook. Produced and arranged by Grammy-Award winner John Leventhal, The List includes masterpieces by The Carter Family, Patsy Cline, Merle Haggard, Hank Williams, Hank Snow, Bob Dylan and more. 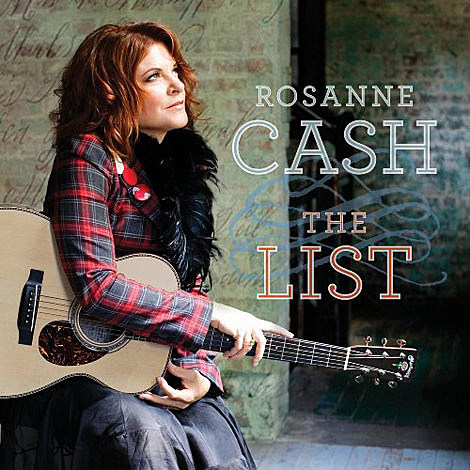